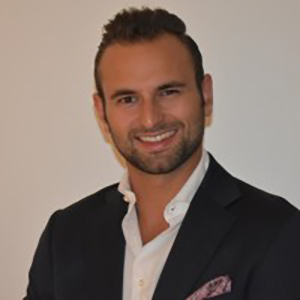 RECs are a market-based instrument that certifies the bearer owns one megawatt-hour (MWh) of electricity generated from a renewable energy resource. Once the power provider has fed the energy into the grid, the REC can then be sold on the open market as an energy commodity.

In the US, states implement both compliance and voluntary REC schemes.

Austin Wentworth, vice president for environmental commodities in North America at STX, says: "A surge in demand for both current and forward volumes ... sent pricing in voluntary markets to all-time highs."

Wentworth says the spike in voluntary demand was largely driven by "greater global awareness [of] the importance of sustainability, which is contributing to this demand either directly from end-users or their stakeholders demanding more sustainable practices".

"After a slight correction [in prices for RECs] towards the end of summer, demand has continued to persist," Wentworth adds.

Jonathan Burnston, managing partner at New York-based Karbone, which won Best Broker and Best Advisory for North American RECs markets, agrees voluntary demand from the corporate sector has been an important factor in the record prices. 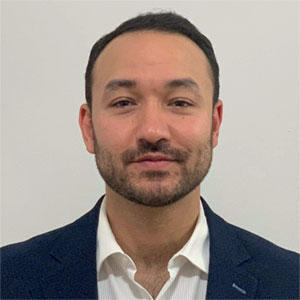 However, this has been part of a broader effect of a "rising tide lifting all boats within the entire decarbonisation complex", he says – citing the confluence of US state and federal policy that is supportive of renewable energy.

Burnston says this strengthened a years-long trend of policy boosting the markets, which was spurred predominantly by individual states during the presidency of Donald Trump, but which has since been bolstered by signs of vastly increased federal government spending on low-carbon infrastructure coming from the administration of President Joe Biden.

Prices for certificates in the national 'Green-e' market for voluntary buyers of RECs "rocketed to new heights" starting late last year, as the country's economy began its recovery from the initial impact of the coronavirus pandemic, Burnston says.

STX's Wentworth suggests that recent price volatility in electricity and gas markets, which has seen significant price rises across Europe and in North America, could push corporates that consume large amounts of energy to shift towards long-term offtake agreements from renewable projects.

Meanwhile, Joshua Belcher, counsel at Eversheds Sutherland, which was voted Best Law Firm for North American RECs, says: "The market is shifting to a seller's market, with a surge in demand and a shortfall in available projects."

"Procurements are also being made increasingly through bespoke virtual power purchase agreements, rather than traditional industry forms for spot and long-term trades," he adds, referring to a contract structure in which a power purchaser agrees to buy a project's renewable energy for a pre-agreed price.

"The market is shifting to a seller's market, with a surge in demand and a shortfall in available projects" Joshua Belcher, Eversheds Sutherland

In the EU, Guarantees of Origin (GOs) are electronic documents which provide proof of the environmental attributes of the generation of one MWh of electricity by a renewable source.

Anil Akalin, head of renewable energy at Redshaw Advisors, which was named Best Advisory for European RECs markets, says a combination of factors have pushed up demand for GOs. This includes corporate demand and the US formally rejoining the Paris agreement, Akalin says.

"All companies in the US have some facilities in the EU and the UK," she notes. "Businesses, governments and consumers are pushing for transparency – this can only be proved by RECs. If companies want to prove they are using 100% renewable energy, that is only done by buying RECs."

However, a proposal by Norway's Labour party, which agreed to form a minority government following an election in September, could see the country cancel the system of GOs in a move it says would prioritise the power needs of Norwegian industry.

"The supply of GOs they were putting into the market – which represents about 20% of total supply – would be taken out. If the proposal goes through, there will be a shortage of supply of GOs, which will push prices up. The country currently provides about 120tWh of GO exports to the market.

"What we see for 2022 is that, if companies want to buy for hedging, [the price of a GO] is around €3. It is already feared that there will be a shortage of GOs."

Joscha Kirschke, senior consultant for renewable commodities at STX, says: "There is a robust demand for GOs across all industries and our clients are looking at long-term commitments in this regard," adding that the trend has been boosted by the addition of Portugal and Greece as new GO market entrants.

John Davis, director of climate solutions for the Asia-Pacific region at South Pole, says corporates have also been a significant demand driver in Australian markets.
South Pole was voted Best Trading Company and Best Advisory for RECs in Australia.

Chris Halliwell, head of energy and environmental markets for the Asia Pacific region at TFS Green, which was voted Best Broker for RECs in Australia, adds that the last 12 months were characterised by "the wave of voluntary demand for RECs, as corporates and industrials pursue clean energy targets to manage their Scope 2 electricity consumption emissions".

While a surplus of large-scale generation certificates (LGCs), of which liable entities are obliged by legislation to purchase and surrender a certain number each year, has in previous years suppressed prices, this trend has "flattened" in the past 12 months, Davis says.

A national, annual target of 33,000GWh of additional renewable energy each year between 2020 and 2030 has already been met on a rolling 12-month basis but the country's Clean Energy Regulator has indicated that it will not be raised. 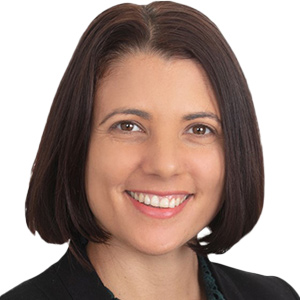 "Prices were expected to trend down as a result of additional renewable capacity coming online this year in Australia, but those new projects haven't materialised. It now looks like the oversupply of certificates and potential price falls are a couple of years away," he says.

"Companies are looking to purchase LGCs either through an offtake agreement or they are looking at more strategic approaches, like on-site projects or PPAs to secure their supply, and price, in the longer-term."

Aylin Cunsolo, a partner at Baker McKenzie, says: "We have seen increasing interest in long-term, LGC-only/Australian REC supply arrangements. These are becoming an important part of a broader sustainability strategy for businesses, complimenting other measures, such as corporate PPAs.

"LGC-only offtake arrangements are also a useful mechanism for businesses who have made a national commitment to reducing their emissions, but who have small loads in different states within Australia, making it difficult to procure a competitive corporate PPA arrangement.

"We expect to see a continuing increase in demand from corporates for Australian REC supply arrangements. To date, businesses have sought to procure supply of LGCs up to expiry of the Renewable Energy Target in 2030. However, there is a growing interest in businesses seeking to secure rights to green products which can be created under a replacement scheme, with some recognising that, as businesses come off their supply contracts in 2030, there will be an increase in demand for green products, which could lead to a spike in price."

Baker McKenzie was voted Best Law Firm for RECs in Australia and China.

The market for Renewable Identification Numbers (RINs) has seen drastic price rises but remains beset by regulatory uncertainty, according to award winners.

To implement the US federal government's Renewable Fuel Standard (RFS) programme, the Environmental Protection Agency (EPA) tracks production and use of renewable fuel using RINs. These are generated by renewable fuel producers or importers and are bought and sold "attached" to the renewable fuel until the fuel is purchased by an "obligated party" – a refiner or importer of gasoline or diesel fuel – or blended with a petroleum-based transportation fuel.

The RIN is then "separated" from the fuel and may thereafter be independently bought or sold until it is retired to meet an obligated party's 'renewable volume obligation' (RVO).

Randall Lack, founder and co-president of Element Markets, voted Best Trading Company and Best Advisory for RINs, says: "The market went through a lot of regulatory volatility under the Trump administration. That was compounded by decreased gasoline consumption during Covid-19, which caused some depression in overall demand and the correlated values of RINs.

"Following the election of President Biden and the economic recovery coming out of Covid-19, there's been a really strong resurgence in RIN pricing and confidence in the RFS overall under the Democratic administration.

"We've seen the annual averages for the year near all-time highs across all of the D codes," Lack says, referring to the different codes associated with each type of biofuel.

"Cellulosic RINs – of which the majority are derived from renewable natural gas (RNG) – have been pegged near all-time highs. [Prices are] currently at about $3.50 per ethanol gallon equivalent. That has been the darling of the industry, really driving a lot of investment in RNG projects.

"RINs, along with [California's] Low Carbon Fuel Standard (LCFS) credits, are causing a boom of development in RNG and primarily in agricultural methane projects, which are swine- and dairy-based projects. For RNG it is an exciting time."

However, Susan Lafferty, a New York-based partner at Eversheds Sutherland, which was voted Best Law Firm for RINs, says the RFS programme "continues to be roiled by uncertainty".

"This is due to politics — the Biden administration has not wanted to pick sides between the renewable interests and the oil interests, with the latter being driven by both local politics and overall energy politics where the price of gasoline at the pump keeps climbing.

"The reduction in driving due to Covid-19 has also impacted the volumes of fuel, including renewable fuel, consumed.

"While overall, the expectation is that the RFS programme allows the administration to encourage greater use of advanced biofuels with greater greenhouse gas [emissions] reductions, it is clear that the transition to such higher use is not as easy to effectuate when politics are at play."

"Following the election of President Biden and the economic recovery coming out of Covid-19, there's been a really strong resurgence in RIN pricing" Randall Lack, Element Markets

Lafferty says that, at the time this article goes to press, it appears that EPA is waiting until after a vote in the US Senate on the 'Build Back Better' reconciliation bill to release the RVOs.

"Significantly, beginning in 2023, the statute no longer sets the volume requirements, so EPA has a major rulemaking to propose and finalise for 2023 and beyond—an undertaking that should have been proposed already by statute. We do expect that EPA will act on pending 2019 and 2020 small refinery exemptions by the end of the year, with the expectation being that EPA will revert to the Obama EPA practice of only granting six-to-eight petitions."

Under the Trump administration, the EPA had granted increasing numbers of exemptions to some small refineries, which mainly produce gasoline and/or diesel.

Market observers suggested this had undermined demand for RINs. However, many of these were struck down in landmark legal cases.

"We are particularly excited around the advancement of agricultural methane projects. In a 24-month period, we will probably see over $1 billion in projects underway, responding to ... a strong market in renewable fuels ... driven by RINs as well as [California's] LCFS credit.

"I would guess that the capital expenditure [in these projects] is three to four times what it was just three years ago."