The $364 million bond could serve as a blueprint to finance other emerging market countries' climate objectives without adding to their indebtedness, according to Swiss bank Credit Suisse, its underwriter.

The need for such a bond followed the Caribbean country of Belize suffering heavily in 2020 due to the impact of Covid-19 on tourism – a sector which accounts for 40% of the nation's GDP.

The bond allowed Belize to raise new funding at competitive terms and buy back all its outstanding external commercial debt. It represented a "unique" collaboration by a government, an NGO, an investment bank, and the US government's development finance institution, Credit Suisse said.

The structure was negotiated by The Nature Conservancy, the government of Belize, Credit Suisse and the US International Development Finance Corporation (DFC).

Credit Suisse, as sole structurer and arranger, underwrote and placed the bond and lent the proceeds ($364 million) to a subsidiary of The Nature Conservancy.

The Virginia-based environmental organisation then on-lent the proceeds to Belize as a blue loan enhanced by political risk insurance from the DFC. 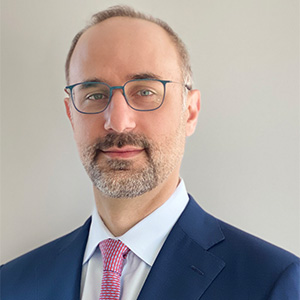 Ramzi Issa, managing director at Credit Suisse, says: "This transaction is unique in that it provided Belize with long-term sustainable financing to support marine conservation through debt relief rather than through incurring additional debt.

"It is a new and innovative structure that raises critical funding required to conserve precious marine resources.

The bonds were rated as 'Aa2' by Moody's – significantly higher than Belize's rating of 'Caa2' – thanks to the DFC's insurance.

The bond enabled Belize to reduce its debt by approximately $190 million, according to Credit Suisse, triggering a national credit rating upgrade from S&P.

In addition, an estimated $180 million will be channelled into domestic blue economy projects through an independent conservation fund.

Issa says: "The market has turned a corner over the past 12 months, with investors increasingly shifting from talking about ESG investing targets, to proactively implementing those targets in their portfolio allocation.

"We see many investors having announced highly ambitious ESG targets, now moving to fill those quotas by participating in transactions like the blue bond for Belize."

The transaction allowed Belize to commit to protecting 30% of its territorial sea, which houses part of the Mesoamerican Reef, a UNESCO World Heritage Site. It also enabled the country to strengthen its governance frameworks for fisheries and establish a regulatory framework for coastal blue carbon projects.

One judge said the transaction was "brilliant" and seemed to have introduced insurance and impact mechanisms to sustainability bonds.
Another said it demonstrated "true innovation" with notable size, complexity and cooperation.