US bank JP Morgan claimed three separate lead manager of the year awards for a period packed with ground-breaking issues across green, social and sustainability bonds.

These included transactions in emerging markets such as the first green bond from a Pakistani issuer.

There’s a “sweet spot” in emerging markets for green debt as they try to expand their economies as cleanly as possible, says Paul O'Connor, head of EMEA ESG debt capital markets. 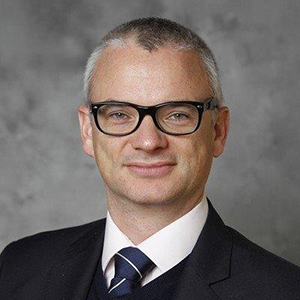 The surge in renewable energy production in emerging markets in 2021 was driven by the cheaper costs of installing projects, he says. Arguably, renewable energy is better suited to some emerging economies, he adds.

“If you think, for example, of Indonesia, where the archipelago is very spread out, it is very hard to interconnect [areas] using traditional centralised generation technology where you have a power plant and have to run high-tension cables across long distances.

“Smaller, decentralised energy electricity generation – the sort that we would see with solar and wind – is arguably much better suited to some of these territories.”

In Pakistan, JP Morgan led the issuance of $500 million of green bonds by the Pakistan Water & Power Development Authority. In a country that still suffers blackouts, the company sought investor support for further steps towards a low-carbon economy, O’Connor says. The instrument will finance hydropower.

The bank also oversaw the opening up of green issuance in Israel – a developed economy that is rapidly expanding – through leading a $1 billion transaction with Bank Hapoalim. The country is seeing a lot of renewable energy projects, O’Connor says.

In economies more experienced with sustainable debt, JP Morgan has been advancing the structure of existing bonds. In Austria, it led the so-called “superbond” for electricity provider Verbund for €500 million. This was a “very sophisticated instrument” that was sustainability-linked, while including a use of proceeds format, and being aligned with the EU Taxonomy.

He predicts a “little bit of a reset” in some areas as investors begin to expect better ESG credentials from issuers.

“The market has gotten very big. When a market gets very big and it's very hot, you sometimes get questionable stuff being thrown into the mix.”

The bank claims to be at the “forefront of leading debut social bond issuance for sovereigns”, after it led a Peruvian transaction for €1 billion in 2021 – the only inaugural social issuance by a sovereign that year.

It also led the largest-ever social bond issuance for a sovereign in euros, with a €1.25 billion issue for Chile, it says.

In a year of firsts, it also oversaw debut sustainability bonds from seven countries including Chile, Malaysia, Slovenia, Uzbekistan and Peru.