Since launching the world's first green bond in 2007, the European Investment Bank (EIB) has played a leading role in developing the market. Its $4.3 billion of issuance in 2016 made it the largest issuer among sovereigns, supranationals and agencies (SSAs) for the third straight year. 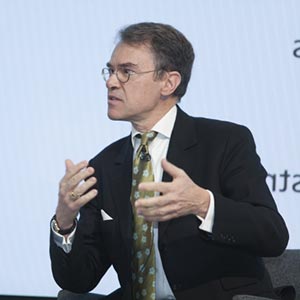 But it is not just size that sets it apart. Throughout the market's first decade, the EIB has been at the forefront of attempts to lead the market to maturity.

The EIB is committed to "improving the financial attractiveness" of the market, Bertrand de Mazières, the bank's director-general of finance, told investors last year. He said the EIB would continue to supply benchmark issues, increase liquidity, build a reference yield curve in euros, and improve reporting on use of proceeds.

It has been as good as his word. The 11 Climate Awareness Bonds (CABs) issued in 2016 came in six currencies and ranged in tenor from three to 21 years. Probably the most significant issue was the latter, a €500 million bond, which added a fourth point to the bank's euro yield curve, which previously had reference issues only at three, seven and ten years.

"We applaud the issuance of longer-dated bonds, as these provide a good fit for liability hedging needs from insurance companies and pension funds," said Hendrik Tuch, head of rates and money markets at Aegon Asset Management.

Simultaneously with the 21-year issue, the EIB issued a 'CAB Statement' on its 2015 green bond activities, which was supported by an 'Independent Reasonable Assurance' report from KPMG.

This provides "a higher degree of assurance and standardisation than so far provided by auditors in this area," the bank claims. The CAB statement clarifies how the EIB's bonds align with the

Green Bond Principles and details how the proceeds were allocated to individual renewable energy and energy efficiency projects, as well as estimates of their environmental impact.