For the second year running, Bank of America Merrill Lynch (BAML) was the biggest underwriter of green bonds, with a $7.3 billion market share. 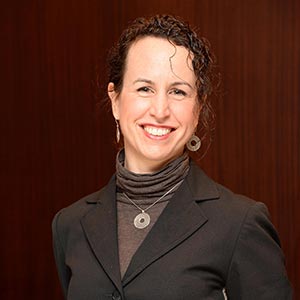 Added to that, judges voted it Best underwriter for both Corporate and Municipal issues.

As with the market in general, Asia and China was where BAML saw tremendous growth and where a number of its marquee transactions for the year took place, says Suzanne Buchta, global head of green bonds at BAML.

The bank begun working on Chinese green bonds in 2015, with property company Link REIT, though it didn't come to market for over a year, issuing a $500 million bond in July last year.

"But it was seeing Link REIT's interest in the product that led us to speak to a number of other issuers and also led us to bring to the market for the first time the Agricultural Bank of China," says Buchta.

BAML then worked on its first Chinese corporate issue when car manufacturer Zhejiang Geely raised $400 million, with an order book that ballooned to $3.3 billion, to fund the production of zero-emission taxis destined for London.

Away from China, the year was defined by the growth of financial institutions as an issuer base, the fastest growing segment in the market, says Buchta.

Significant deals in the corporate space for BAML were Apple and Starbucks, though the latter was labelled a sustainability, rather than a green, bond.

"We think globally significant names give credibility to the [corporate green bond] space and we're hopeful that these issues will open the market for their peers as well"
Suzanne Buchta, BAML

"We think globally significant names give credibility to the [corporate green bond] space and we're hopeful that these issues will open the market for their peers as well," adds Buchta.

Buchta also expects more 'pure play' issuers, companies that get 100% of their revenues from green activities such as wind turbine or solar panel manufacturers, could come to market in the future.

That is provided more of them have an initial public offering and come up the ratings spectrum.

BAML underwrote 18 deals in the municipal space, four more than its nearest competitor. It was also the largest by volume, with a $1.5 billion share of the market, according to Environmental Finance's Green Bond Database.