Christopher Flensborg has played an immensely important role in bringing this market into existence and growing it over the past 10 years," said one of the judges in Environmental Finance's green bond awards, referring to him as "the father of green bonds". 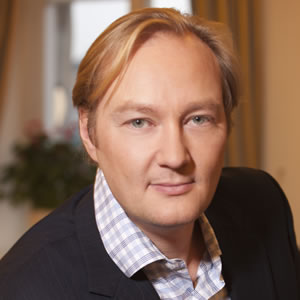 "He is tirelessly thinking about how to advocate for enough freedom in the market for it to be able to grow, but without ever losing sight of the purpose behind green bonds as an impact instrument."

Most would agree that Flensborg, who is head of climate and sustainable financial solutions at Swedish bank Skandinaviska Enskilda Banken (SEB), has played a seminal role in the market.

And he has continued to play an influential role. SEB has underwritten some $13.6 billion of green bonds, according to Environmental Finance's green bond database, making it the third biggest underwriter behind Bank of America Merrill Lynch and Credit Agricole.

In fact, Flensborg was previously named Environmental Finance's Personality of the Year, in 2011, for his work scaling up the market.

In recent months, SEB was structural advisor for issues from Ontario, Quebec, HSBC and BNP Paribas. SEB also came to market with its own green bond in February 2017, raising €500 million ($530 million). Much of the spade work for this was done in 2016. Flensborg considers 2016 to have been "an excellent year" for the market. He points to two key highlights for SEB.

The first is that the bank expanded its sustainable finance team, with the appointment of research head Christopher Kaminker from the OECD, and the internal hire of Gabriella Eriksson, who is in charge of Flensborg's recently launched database, which is known as the green library.

His team now boasts six full-time staff and five part-time. A second highlight was the partnership struck between SEB and the German development finance institute GIZ. This, he explains, helps SEB reach out to emerging markets such as India, China,

Brazil and Mexico, where he aims to help "harmonise" the growth of the market.

To Flensborg, this does not mean being prescriptive about definitions of green or other market infrastructure.

This means that issuers must be transparent about five key processes: how they define, select, verify, communicate and monitor, he explains.

"The world is not black and white – this is a transition," he adds. "It's evolution not revolution - people need to find their own way of doing things.

"The challenges in China are different to in India, which are different to Sweden or the UK," he adds. Despite his non-prescriptive approach, Flensborg remains a strong advocate that bonds benefit from some form of external assessment.

SEB's own offering had an opinion from Norwegian academic-led institute Cicero, with which Flensborg works closely, and the Canada-based International Institute for Sustainable Development.

Because issuing the green bond required the identification of green projects, Flensborg says: "We activated a green bank within the bank".

For Flensborg, perhaps the biggest achievement of the market is the unprecedented levels of transparency it encourages.

"Green bonds have created an expectation with regards to transparency and purpose," he argues. "This kind of dialogue was unknown five years ago." Flensborg is "extremely happy" with the way the market has developed: "To see it happening is fascinating and deeply encouraging."