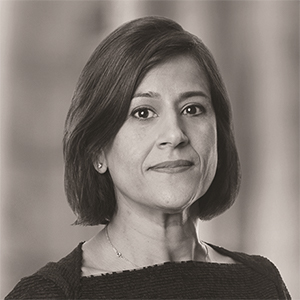 It has also provided counsel on the creation of the first so-called 'green capital note', which was issued by Crédit Agricole CIB in March 2017. The $3 billion deal was hailed by White & Case as a landmark synthetic securitisation that harnessed private sector creativity to increase lending for socially and environmentally beneficial projects.

While green bonds may now be considered mainstream instruments, White & Case argued, this deal "was pioneering because of the element of leverage". It was structured so that Crédit Agricole reduced its risk exposure by transferring a portion of the potential losses on a $3 billion portfolio of loans to hedge funds.

Investment adviser Mariner Investment Group bought the notes as part of a regulatory capital trade. This freed up about $2 billion of Crédit Agricole's capital, which was earmarked for investment in renewable energy, energy efficiency and water and waste management projects.

In addition, the law firm advised Fibria Overseas Finance on its $700 million, ten-year green bond issued in January 2017. The notes were guaranteed by Fibria Celulose, the world's largest producer of eucalyptus pulp. It was Fibria Celulose's first-ever green bond in the international capital markets and the largest green bond offering by any Brazilian issuer at the time of issuance.

Tallat Hussain, senior environmental counsel at White & Case, said innovation such as the issue of the first green sukuk is evidence of "green shoots" for Islamic finance, and further growth of the green bond market in 2018.

White & Case is a contributing Observer Member of the International Capital Market Association's Green Bond Principles Working Group, and a select member of the Green Finance Initiative, which is led by the City of London.