As in 2016, New York's Metropolitan Transportation Authority (MTA) was again the biggest US municipal issuer.

Other managers: 21 other institutions 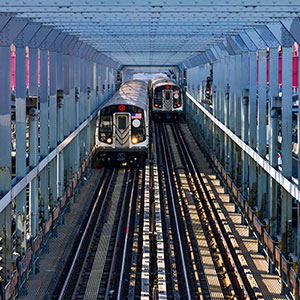 Encouraged by the success of its two 2016 green bonds, it returned to the market with six more issues in 2017, raising a total of $4.16 billion.

Almost half of this total – $2.02 billion – came in a single transaction in November, the largest ever US municipal green bond. This deal, which was certified by the Climate Bonds Initiative (CBI), was voted Green Bond of the Year – Municipality. It comprises 32 tranches with maturities ranging from 2023 to 2040.

The judges were impressed not just by its size but also by how it underlined the MTA's role in developing the transport sector as a use of proceeds for green debt. In the overall green bond market, energy and building projects accounted for more than 60% of all projects funded in 2017, against just 14% for transport projects, according to the CBI.

The decision to issue such a large bond was influenced by the expectation that President Trump would end a tax break for new 'advance refunding bonds', which are used to refund outstanding debt beyond 90 days of its call date. This duly happened in December.

The MTA's bond issuance will slow this year, says Patrick McCoy, MTA director of finance, as the authority switches its emphasis to 'bond anticipation notes' ahead of a significant return to the green bond market in 2019 and 2020.

The authority's large volume of issuance last year was facilitated by the introduction of version 2.1 of the CBI's Climate Bonds Standard, he adds. This allows 'programmatic certification' that streamlines the verification process for regular issuers with large portfolios of eligible assets. Under the previous version of the standard, each bond had to have both pre- and post-issuance involvement of the verifier in order to be certified.