A major feature of the green bond market last year was the increase in activity by issuers beyond the development banks that have dominated the market since its inception in 2007. And even stronger growth in the corporate sector is likely this year, says ratings agency Standard & Poor's (S&P). 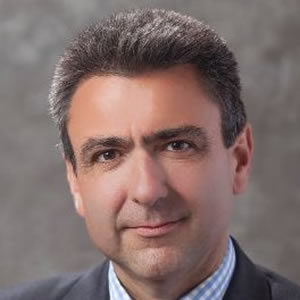 If issuance continues at the rate seen in the first three months, total corporate issues in 2016 would amount to about $15 billion, compared with $9.6 billion last year, it said in a report last month. And, "if the Chinese corporate green bond market takes off ... this could add around another $13 billion".

Toyota and EDF are both repeat issuers and came to the market with large single bonds. The Japanese- owned motor company returned to the market in June with a similar offering to its inaugural $1.75 billion green asset-backed security (ABS) from 2014.

It issued the notes, via its financial services subsidiary, to fund new retail finance and lease contracts for Toyota and Lexus vehicles that meet higher fuel efficiency and emissions standards than most of its range.

The notes, which are backed by fixed-rate contracts for financing a range of cars, trucks and sports-utility vehicles, were structured by Citi, which was also joint bookrunner on the deal along with Bank of America Merrill Lynch and Credit Agricole Securities. Several classes of notes were issued with coupons ranging up to 1.74% and scheduled maturities of up to six years.

When the notes were issued, "global macroeconomic concerns and volatility in interest rates created headwinds for all issuers in the US ABS market," says Adam Stam, national manager, secured funding, at Toyota Motor Credit Corp. But, "the green bond features of the ... transaction proved helpful in enabling us to issue a $1.25 billion deal".

In recent weeks, the company has underlined its confidence in the market with its third green ABS, a $1.2 billion transaction that could be raised to $1.6 billion.

Its proceeds will be used to finance renewable energy projects developed by EDF's renewables subsidiary EDF Energies Nouvelles. The chosen projects will have to comply with environmental, social and governance eligibility criteria set by sustainability ratings firm Vigeo.

"The green bond features of the ... transaction proved helpful in enabling us to issue a $1.25 billion deal" - Adam Stam, Toyota

Bank of America Merrill Lynch and Credit Agricole CIB structured the bond and were co-lead bookrunners.

TerraForm Power (TERP) has had a much less happy time of it since launching its first green bond in January 2015. This $800 million, eight-year issue, carrying a coupon of 5.875%, was used to help finance the acquisition of US renewables company First Wind.

TERP, which is 43% owned by SunEdison – once the largest renewables company in the world – looked poised to become a major player in the market, when it issued a further $150 million of notes in a private placement in June and, five weeks later, issued a $300 million bond to help it buy 930MW of wind assets from Invenergy. These privately placed notes mature in 2025 and have a coupon of 6.125%.

Yet another green bond – a $200 million issue – was planned to help the yieldco purchase a 523MW portfolio of rooftop solar systems from Vivint Solar, following the planned acquisition of the latter by SunEdison.

In December, however, TERP – which owns operational renewable assets and pays substantial dividends – was downgraded two notches to B- from B+ by Standard & Poor's (S&P), because of "its aggressive debt financing".

At the same time, hedge fund Appaloosa Management, which holds a stake of about 10% in TERP, questioned whether the company's management had breached its fiduciary duty in pursuing the acquisitions of Invenergy and Vivint.

A couple of months later, Vivint terminated the proposed agreement and, since then, SunEdison has put its aggressive expansion plans into reverse. Last month it put some 5.3GW of renewables projects up for sale, before filing for Chapter 11 bankruptcy protection on 21 April.

The implications for TERP remain unclear. But, in a statement that day, the company said "TerraForm Power expects to continue to operate in the ordinary course and to meet its financial obligations on a timely basis."