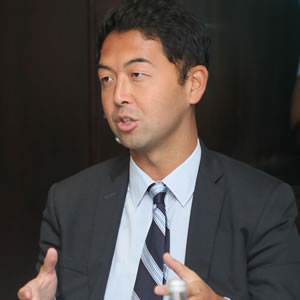 But the bank's influence in the market runs far deeper than simply size. It is firmly committed to "improving the financial attractiveness" of the market, Bertrand de Mazières, the bank's director-general of finance, told investors in April.

He added that the bank would continue to supply benchmark issues, increase liquidity and build a green bond reference yield curve in euros. He also committed the EIB to improve reporting on the use of proceeds.

Major EIB contributions to the development of the market last year included:

Last year's new issues included significant 'taps' of its existing bonds maturing in 2019, 2023, and 2026, taking the amounts outstanding at these maturities to €3.0 billion, €1.5 billion and €1.5 billion respectively. These benchmark issues are helping build a euro yield curve for green bonds – a key requirement to boost liquidity in this still immature market, investors say.

These issues were certainly important, but so were some of the bank's smaller transactions, says Yo Takatsuki, associate director, governance and sustainable investment, at BMO Global Asset Management (EMEA).

"The EIB's equity-linked Tera Neva deal proved that you don't always need to issue benchmark sized deals to be innovative. That's what the EIB has shown – that it continues to be an innovator in the space".

Two of the bank's 2015 issues were denominated in sterling – an under-represented currency in the green bond market so far. Chris Wigley, a senior portfolio manager at Paris-based Mirova, which manages one of the few funds dedicated to green bonds, says this was "very important for the sterling market, which has not seen so much activity yet".

Looking ahead, a similar volume of new issues is likely this year, says Aldo Romani, EIB's deputy head of euro funding. These will be "mostly fixed-rate benchmark transactions" but he declines to comment on what currencies or bond structures might be issued, saying that will depend on market conditions. However, "we definitely aim to add further notes to the euro yield curve," he says, and "a natural choice would be a longer maturity [beyond 2026]".

To date, all projects funded through the CAB programme involve renewable energy and/or energy efficiency. Furthermore, it does not allow proceeds to be used to refinance existing projects, in order to avoid double counting of their impact.

The CAB eligibility criteria currently insist projects must align with the European Union's strategic priorities for climate action: reducing greenhouse gas emissions, increasing the share of renewable energy and improving the efficient use of energy. But a source close to the bank says discussions are now underway on whether the programme should be extended to include other project types.

Another way in which the EIB is developing the market is through its chairmanship of the Green Bond Principles – voluntary guidelines to encourage transparency and disclosure.

Conviction is building among investors that "climate issues are going to be a strategic risk in investment policies", says a bank spokesman. But, "it's clear they want to see improvements in the availability and quality of data on the environmental impact of green bonds."

The Green Bond Principles represent "a big challenge to see if the market itself can reach a consensus on a better basis for the green bond market to develop its potential," says Romani.