Berlin Hyp's green bond can claim to have 'made a difference'.

The €500 million ($540 million) seven-year issue was the first labelled green covered bond, setting a precedent in a market that it is hoped other mortgage lenders will follow. 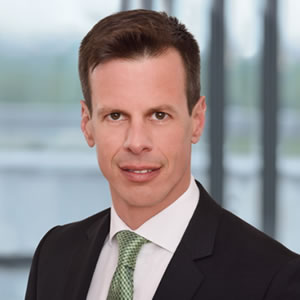 But as well as leaving its mark on the green bond market, the issue in April 2015 also helped usher in change at Berlin Hyp, explains Bodo Winkler, head of investor relations and credit Treasury at the lender.

Because the proceeds of the bond will be used to issue more green property loans, issuing the green bond effectively commits Berlin Hyp to more green lending. In other words, the lender has seven years to find an additional €500 million of green loans.

As a result, the board earlier this year agreed a new policy giving sales staff the option to offer slightly discounted loans to green projects, in a move that should help to lower the cost of capital for green loans.

"It's interesting that such a bond does something to an organisation after it has been issued," says Winkler. "We didn't only say we have at least €500 million of green loans in our cover pool throughout the bond's term. We also said within the terms that we will spend an amount equivalent to the proceeds on new green loans. That put pressure on our sales department. This is something great that the green bond has done to our organisation."

"The Berlin Hyp deal efficiently combines the covered bond approach, for which assets are already in the pool, and the green bond concept, where investors generally appreciate forward-looking statements," says Tanguy Claquin, head of sustainable banking at Credit Agricole CIB, one of the underwriters on the deal. The other banks involved were JP Morgan, Landesbank Baden-Württemberg, Unicredit and DZ Bank.

The lender recently issued its first annual report into its use of proceeds, which showed it is ahead of its timeline in terms of increasing its green cover pool, which has now been increased to more than €1 billion.

Covered bonds – called Pfandbrief in Germany and Scandinavia – are an on-balance sheet financing mechanism where the investor has a preferential claim over a pool of assets and associated cash flows in the event of a default. They also have an unsecured claim on the issuer.

"The bond has helped to change the behaviour of the issuer – it is one of the few green bonds that have achieved that" - Antonio Keglevich, UniCredit

The issue has a second opinion from Oekom, which is due to restate its opinion on an annual basis.

The bond priced at 16 basis points below mid-swaps and was four times oversubscribed.

"We were very pleased with the outcome because the bond was four-times oversubscribed, especially as it came at a time when the ECB was doing QE," adds Winkler.

He was thrilled with investor diversification provided by the bond. In fact, 15 investors, mainly from the sustainable investment space, that had never before bought Berlin Hyp's paper came onto the books. About 30% of the green bond was bought by investors outside Germany, which is unusual for a Pfandbrief.

The strong demand was despite it pricing below mid-swaps. Winkler believes the green credentials of the bond were attractive to investors.

"You could say, as an issuer, I can't offer you any yield but at least emissions are reduced," explains Winkler.

Overall, he expects further green covered bonds from other lenders, and hopes to see one or two more this year, and points out that there have already been two similar transactions that adhered to the Green Bond Principles – in September 2014, German cooperative bank MunchenerHyp issued a €300 million sustainable covered bond, with proceeds being used to refinance loans for German housing cooperatives and improve the energy efficiency of housing for socially disadvantaged residents. And in September, Spain's Kutxabank issued a €1 billion ESG covered bond.

"For us, a green bond was a logical next step. There's a lot the bank does in terms of ESG but it didn't have a really green funding instrument for green loans. That added another tool to our toolkit in terms of sustainability," concludes Winkler.

Antonio Keglevich, head of green bond origination at UniCredit, concludes: "For an issuer like Berlin Hyp, which so regularly taps the covered bond market, to attract new investors like this is a great achievement. The bond has helped to change the behaviour of the issuer – it is one of the few green bonds that have achieved that. It's a great transaction."

Berlin Hyp's green bond can claim to have 'made a difference'