Dutch lender ING Bank impressed investors when it issued its inaugural green bond, in one of the most oversubscribed deals of the year. 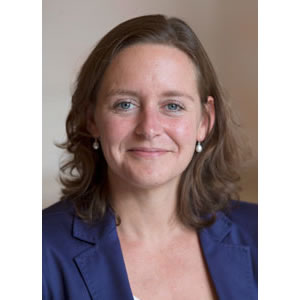 The bank launched the $1.33 billion, dual-currency green bond in November 2015, just ahead of the UN Summit on Climate Change, in December.

"The scale and popularity of this bond is a testament to the appetite for sustainable investment products and the confidence that investors have for our approach," says Leonie Schreve, global head sustainable finance at ING Bank.

Despite being oversubscribed, the issuer allocated most of the bond to green and socially responsible investors, who bought 70% of the euro tranche allocations and 80% of the dollar tranche, helping ING diversify its investor base.

"By having a solid, well defined and verified green bond framework – a structure that was highly appreciated by investors – the bond achieved good diversification and solid placement," says Samantha Sutcliffe, a senior advisor for climate financial solutions at SEB, which was joint lead manager for the deal alongside Citi, Crèdit Agricole and Lloyds Bank. ING Bank was sole structuring agent for the deal.

"The large number of green investors participating in the transaction is a true testament to growing integration of climate awareness across financial mandates globally."

While most green bonds issued by commercial banks have been for refinancing, ING also committed to using 20% of the proceeds for new green lending.

The refinancing part of the bond was used for projects eligible under ING's green bond framework in five key areas:

The 20% used for new loans will be used to finance projects under the same framework.

ESG ratings agency Oekom provided a second opinion on ING Bank's green bond framework, which gives a breakdown of how proceeds were allocated in these five areas.

The bank has committed to provide impact reports at regular intervals on the individual projects financed by proceeds of the green bond, based on data from environmental research company Sustainalytics.

The bank's green bond also commits to auditing its use of proceeds annually.

"The large number of green investors participating in the transaction is a true testament to growing integration of climate awareness across financial mandates globally" - Samantha Sutcliffe, SEB

"ING has committed to a high level of transparency on use of proceeds complemented by a number of specific impact metrics, which impressed investors," says SEB's Sutcliffe.

The robustness of the bank's green bond framework allowed ING, which was already the largest bank issuer of 2015 with its first bond, to issue another $50 million green bond the following month.

Before issuing, the bank analysed its entire loan book, again with the help of Sustainalytics, to allow it to come up with an internal scorecard measuring the environmental impact of its loans.

It has used this internal scorecard to identify a portfolio of "sustainable" transactions. This portfolio, valued at €23.8 billion, could be refinanced by the bank by further green bonds.

"The €23.8 billion sustainable transitions lending portfolio can now be refinanced through a green funding programme too," says Schreve. "We intend to issue green bonds more regularly, extending the green financing options available to our customers."