TenneT's €1 billion ($1.2 billion) green bond set out to be a template for corporate issuers, a move that was welcomed by a market hungry for corporate paper. 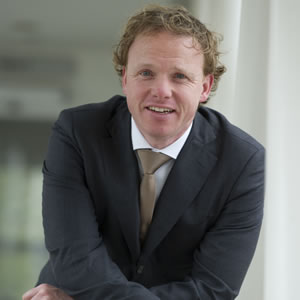 "It was after attending an Environmental Finance conference on green bonds that we decided to launch a green bond," says Jeroen Dicker, group treasurer at TenneT, a grid operator in Germany and the Netherlands, owned by the Dutch state. "We had just hired a dedicated corporate social responsibility advisor and were preparing our annual integrated report. We were of a mind to make it better and this was a great opportunity to do that."

The green bond went from inception to issuance in just five months, a rapid pace for the green bond market, in which issuance can sometimes take years.

It was well received, with investors lining up to buy what was, at the time, the largest corporate green bond of the year.

"The great reception that we had from the investors was reflected in the order book," says Dicker. "There were a number of sizeable orders that were placed within the first few minutes of the book opening, and they were rather price insensitive because they wanted to be part of this transaction."

"We had seen a lack of corporate paper come to the market, and good quality names with a little bit of a spread really hit the spot," Ulrik Ross, HSBC

"It hit a sweet spot with a single 'A' rated two-tranche green bond that came out with a spread that would be very welcome in a low-yield environment," says Ulrik Ross, global head of public sector and sustainable financing at HSBC. "We had seen a lack of corporate paper come to the market, and good quality names with a little bit of a spread really hit the spot – the order book in excess of €2 billion demonstrated that."

The bond attracted green investors, in particular because of its novel use of proceeds.

Proceeds from the bond were used in the construction of grid connections for the three DolWind offshore wind farms off the coast of Germany, a first for the green bond market.

"To be absolutely sure that no one would question our intention with this green bond, we linked it to infrastructure that would be solely used to transport renewable energy," says Dicker.

In a statement of intent, the issuer also created a green bond framework with a €3.8 billion portfolio of green capex, which it may choose to issue against in the future.

The bond received a second opinion from Oekom Research, which also gave the company a rating of 'B-'.

"What was really impressive about this bond was the seriousness with which TenneT approached the structuring of a portfolio of eligible projects to issue a programme of green bonds against, not just a singular issue but something which they can use in further transactions," says Ben Broad, director, debt capital markets, capital financing at HSBC, who worked on the deal. "What they wanted to do was to help create a framework that perhaps other corporate issuers could follow."

ING Bank, Royal Bank of Scotland, Lloyds TSB and Rabobank were also bookrunners on the deal, alongside HSBC.