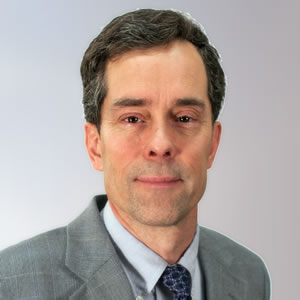 Otherwise known as Sound Transit, the US issuer came to market in August with a deal comprising fixed-term and variable notes with tenors ranging between three and 21 years. JP Morgan, Citigroup, Wells Fargo Securities, RBC, Goldman Sachs and Bank of America Merrill Lynch were managers on the deal.

"Firstly, to promote our broader sustainability work; secondly, to help the market by issuing a large, best-in-class deal in the muni and transport sectors; and thirdly, to expand our investor base beyond our traditional buyers."

And, he says, it was a success on all fronts. The deal attracted around 20 investors that had never bought notes from Sound Transit before – all of them green buyers in the US.

The combination of mainstream and dedicated investors was new for Sound Transit, and McCartan says that lessons were learned from the transaction.

"In future we want to explore introducing an order period dedicated to green investors, which would take place ahead of the main book building," he explains. "That's because we found green orders getting bumped by much bigger ones from large institutional orders.

"We don't think the little guy should have to compete with the big guy – we want to satisfy them both in order to give our main, large investors the full amount they want while broadening our pool of buyers and providing green investors with labelled notes too. We think segregating the two types of buyer would give everyone a better bite of the apple."

The proceeds are being used to help refinance projects and bonds under Sound Transit's green programme, with a pool of eligible assets amounting to $1.44 billion, including improvements to light electric rail lines, local bus services and the train network. A second-party opinion drawn up by Sustainalytics described the deal as "robust and credible".

Sound Transit also broke with the pattern set by traditional municipal issuers when it sought annual reviews by Sustainalytics and engaged its financial auditor – KPMG – to complete an annual, post-issuance report, confirming proceeds from the bond were directed in the way stated in the pre-issuance documentation.

"We wanted to establish best practice for the muni space, so we decided to get a second opinion and a post-issuance report," says McCartan. "That did incur some additional costs and staff time, but we didn't feel it was excessively burdensome, and well worth the benefits that came from issuing a good green bond."

The bond also broke new ground by becoming the largest use-of-proceeds green bond ever to be issued exclusively for transport – and the US's first. Earlier in 2015, Transport for London became the first pure-play transport body to tap the market, with a £400 million ($573 million) issue. The Province of Ontario's first transaction in the market was dedicated to public transport, but its successive deals have a wider remit. Toyota came with its second deal last year, but this was asset-backed.

"The Sound Transit transaction provided real leadership for the transport sector," says Ceci, adding that its success "not only strengthened the emerging asset class and proved the viability of green buyers in the tax-exempt space, but also furthered the agency's sustainability agenda".

And, with more than $4 billion of additional debt to issue under its green programme, McCartan expects Sound Transit to continue to be a key player in the market in the years ahead. "We anticipate that most, if not all, of that debt will be issued as green bonds".