WindMW's €978 million bond to refinance the 288MW Meerwind project, was the culmination of nearly nine years of work. 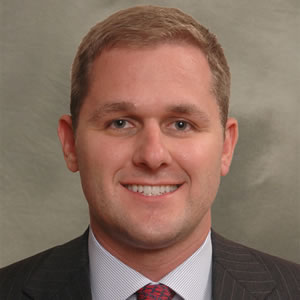 "One of the crowning achievements of the project is the financing of this deal, which is a testament to all of the prior efforts and successes of this deal," says Sean Klimczak, senior managing director at private equity firm Blackstone, the majority owner of WindMW.

"This is one that we are particularly proud of as we took it from inception in 2008, when there was only a permit and the hope of a project, to today where it is now one of Germany's largest operating offshore wind parks."

The bond was issued in December 2015 and is the largest ever project bond issued for offshore wind.

The landmark deal is non-recourse to the project's sponsors and supported by the stable feed-in-tariff under Germany's renewables regulations.

The deal is expected to be the first of many, as developers seek to tap capital markets for cheaper financing than term loans.

The deal was split into seven tranches, with different structures – a $438.6 million, 10-year tranche and six euro-denominated tranches.

"The European investor base was quite diverse and we had to structure the euro portion in multiple tranches in order to accommodate their different requirements (see table)," says Hari Chandra, managing director – joint global head of power, renewables and infrastructure at Jefferies who were sole lead placement agent and sole structuring agent for the bond.

However, despite the seven tranches, the bond only had three different pricing points – long dollar, long euro and short euro.

"Some investors needed a listed bond, and some wanted a German Schuldschein format. The deal was significantly oversubscribed but our thinking was that we would not let structure get in the way of demand and the best pricing," he says.

The result was that it attracted a small group of mainly buy-and-hold investors.

"We invested in this tranche because it works better under Solvency II, where the longer the duration, the higher the capital charge you need to hold. And secondly the investment is fully amortised in the investment period meaning there is no refinancing risk," says Harald Walkate, head of responsible investment at Aegon Asset Management, which invested €45 million ($48 million) alongside France's Banque Postale Asset Management in the "series D notes".

The deal is expected to be the first of many, as developers seek to tap capital markets for cheaper financing than term loans

It received a second opinion from DNV GL on whether its use of proceeds were in line with industry-led voluntary guidelines, the Green Bond Principles.

"While we had to tread significant new ground, this financing set many precedents and is a model that will benefit future projects. As we collectively know, the first time is the most difficult and then it just becomes easier," says Blackstone's Klimczak.

Blackstone first began looking at the offshore wind market in 2007, several year before it made its first investment.

The project, which is 80% owned by Blackstone and 20% by developer Windland Energieerzeugungs, was originally financed in 2011 through a combination of a term loan, export credit agency debt, and equity investments.

"As a sign of how nascent the offshore wind financing markets were in 2011 at the outset of Meerwind's construction, we needed €350 million in export credit debt to finance the deal, as the regular-way – the term offshore wind loan market – just wasn't mature enough yet to support a project of this size," says Klimczak.

Five years on, most deals in the European offshore wind sector are financed almost entirely through term loans.

The original bank syndicate group was made up of seven banks – Commerzbank, KfW IPEX Bank, Bank of Tokyo-Mitsubishi, Dexia, Lloyds Banking Group, Santander and Siemens Bank, together with EKF, the export credit agency of Denmark, and KfW Bankengruppe. Together they provided €822 million of debt.

The €378 million equity portion of the deal was financed through Blackstone affiliates, so the total deal size was €1.2 billion in 2011.