There is no shortage of sovereigns, supranationals and agencies that deserve recognition for their activities in the green bond market in 2015 – and, indeed, in every year since 2007. 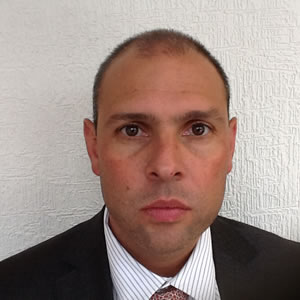 The European Investment Bank and the IFC remain stalwarts of the market, the World Bank surpassed its 100th transaction last year, and KfW issued the largest green bond of 2015 with a €1.5 billion transaction.

But, until 2015, a Latin American development bank had yet to throw its weight behind the asset class.

In a report published in 2014, the Inter-American Development Bank identified "inadequacy of financial products" as a major barrier to the development of renewables in Latin America, claiming that "policies that establish debt financing are wholly absent in the region".

So when Nacional Financiera (Nafin) came to market in October with its first cross-border transaction in 18 years, it was significant that it chose to label the bond green.

It made the Mexican development bank the first in the region to tap the asset class, and – with investor demand reaching five-times the $500 million size of the transaction – the transaction demonstrated that green bonds were an effective way to channel money into environmental projects in the region.

"The feedback from investors in Europe and North America is that they are starving for more deals like this out of emerging markets," says Pedro Guerra Menendez, deputy general director of Treasury and markets at Nafin. "And Mexico's plans for a greener economy have prompted the private sector to start seriously considering investing in clean energy.

"This transaction showed that companies and state-backed authorities now have an instrument and an investor base that enables them to pursue green fundraising."

60% of the five-year notes, which have a 3.41% coupon, were bought by green investors. This, Guerra Menendez says, was helped by the fact the bond had both a second-party opinion from Sustainalytics, and certification under the Climate Bond Standards.

"We did both because we had to make a really big splash to return to the international markets, so we wanted as much credibility as possible." But, he adds, one independent review should be enough for other issuers – as long as it is from a globally recognised provider.

"Initially, we wanted to finance more than just wind farms with this deal, we wanted to finance a mini-hydroelectric plant and a geothermal plant as well as combined cycle projects, but our second opinion provider advised us to make our inaugural transaction as 'dark green' as we could, until we have proved our credentials in the market," Guerra Menendez explains.

So, the final bond was dedicated entirely to onshore wind projects, with 40% refinancing existing assets and the remaining 60% devoted to new lending in the sector.

The structuring advisor was Credit Agricole, and the joint lead managers and joint bookrunners were Bank of America Merrill Lynch, Credit Agricole and Daiwa Capital Markets.

The Nafin bond seems to have kickstarted a movement in the region, with the development bank of Costa Rica recently tapping the market, and the Inter-American Development Bank securing backing from the UN's Green Climate Fund to issue asset-backed green bonds. The Mexican stock exchange is so bullish about growth of its domestic market that it earlier this year launched a platform dedicated to green bonds.

"Nafin has several sustainable projects in the pipeline, to develop and strengthen sustainable financing in México," explains Benabib. "As this portfolio of projects starts being disbursed, Nafin could choose to use funding from either a new green bond in pesos or another currency."

"Now the market is established enough that green bonds are beginning to have a pricing advantage, caused by the involvement of dedicated green investors," adds Guerra Menendez. "Issuers in the region must now capitalise on this by coming to the market with green bonds."