When a group of development banks launched its impact reporting guidelines for green bonds last year, they were hailed as the "litmus test" for the wider climate finance space. Investors including Zurich, AP2 and J Safra Sarasin came out in praise of the initiative, which sought to harmonise green bond reporting. 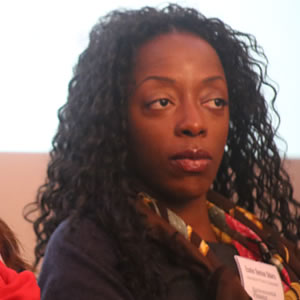 "These harmonised standards have served as a catalyst to further conversations about reporting and have helped many at BlackRock increase their climate literacy," says Ashley Schulten, head of fixed-income climate solutions at BlackRock – one of the investors backing the initiative in an attempt to help it aggregate the environmental impact of green bond portfolios.

As first revealed by Environmental Finance, there were four multilateral development banks (MDBs) behind the first iteration of the guidelines – The World Bank, the European Investment Bank (EIB), the International Finance Corporation (IFC) and the African Development Bank.

"It took a lot of work," says Heike Reichelt, head of investor relations and new products at the World Bank. "We started looking at this in 2013, when the buzz around the market picked up. We had investors telling us they were getting reports from issuers with different levels of information – even just within the MDB community – and they were hoping to find a way to compare them."

So, the four banks went to work on what became The Harmonised Framework for Impact Reporting.

"We convened a working group including climate experts and colleagues from treasury departments," explains Reichelt. "The objective was to bring together aspects relevant to green bonds and take the climate impact measurement and reporting work that has been done across the development banks and put a capital-markets lens on it."

The document functions as a guide for issuers on post-issuance transparency. Its recommendations include annual reporting on the projects financed and their environmental impacts.

Issuers are also advised to explain how they select projects for inclusion for green bond financing, as well as disclosing the lifetime of the assets and the reason for any divergence between impact forecasts and the actual impacts once measured.

"We are starting, on the issuer-side, to establish a comparable view on things and discuss this publicly," says Aldo Romani, who participated in the initiative in his role as deputy head of euro funding at the EIB, describing the development of "shared definitions, assessment standards and reporting principles" as "the biggest challenge" for the green bond market.

After the original document was published in March, further issuers signed up to join the discussion. The consortium behind the initiative grew from four MDBs to 11, with the inclusion of KfW, FMO, the Nordic Investment Bank, the Inter-American Development Bank, the European Bank for Reconstruction and Development, Agence Francaise Development and the Asian Development Bank – all green bond issuers. And a revised document was published in December, with input from the new members.

One amendment was to include a template for portfolio-level reporting, rather than just project-level disclosure.

"In the original document, reporting on a portfolio basis seemed to be the second best choice, compared with reporting on a project-level basis," says Doris Kramer, KfW's vice president, investment strategies, sustainability.

This is suitable for MDBs, she points out, because they are able to publish detailed information on their projects.

But other issuers – including KfW – are bound by confidentiality agreements, making portfolio-level disclosure the only viable option.

The addition of the template has positive implications for non-MDB issuers with similar restrictions, she adds. "It means corporates, national development banks and others can adopt these reporting guidelines more easily – and they also suit green bonds that finance lots of tiny projects like energy efficiency in housing and asset-backed securities."

The initiative garnered some criticism for making reporting requirements too onerous – especially for corporate issuers with fewer resources than development banks. In October, Climate Bonds Initiative CEO, Sean Kidney, said such complex reporting processes had "been a bit of a drag on the market" in 2015, adding that it made issuing a green bond "look like a lot of hassle".

The EIB's Romani concedes that expecting corporate issuers to mimic the thoroughness of the consortium's efforts is "not realistic". But, he adds: "The issue is one of comparability, which can be addressed by shared reference taxonomies. The initiative provides a first example of what is needed in the area of reporting, and offers a valid reference for accountable discussions on the subject."

Esohe Denise Odaro, head of bond investor relations at IFC, adds: "The impact reporting harmonisation initiative sets a paradigm of collaboration among a group of green bond issuers committed to transparency and the integrity of the market.

"Working towards a harmonised approach requires the identification of shared principles and indicators, and this is being done with a view to provide new issuers with a reference as they develop their own reporting. Thus far, the initiative has received remarkably positive feedback."