Green bond fund of the year, Initiative of the year: Amundi and IFC's Emerging Green One

The Amundi Emerging Green One green bond fund – the largest in the world by a factor of four – bought more green-labelled issuance in its first year than originally anticipated. Michael Hurley reports

One year after the launch of the world's largest green bond fund, its founders heralded the early success of the model, which they say is ahead of schedule in its aim to deploy $2 billion into emerging market green bonds over its lifetime.

The closed-ended vehicle was the brainchild of Jean-Marie Masse, chief investment officer at the International Finance Corporation (IFC) – the private sector arm of the World Bank Group.

When it was jointly launched by Amundi and the IFC on 28 February 2018, having raised $1.4 billion, it single-handedly nearly doubled the value of the green bond fund market.

It aims to buy labelled green bonds issued by emerging market banks. In turn, it is hoped this will increase the banks' capacity to provide lending locally to fund climate-friendly investments.

The fund initially invests in ESG-screened bonds that were not labelled green, but plans to switch these positions entirely to green bonds over the fund's seven-year lifetime. By doing so, it aims to deploy $2 billion to emerging market green bonds by 2025. 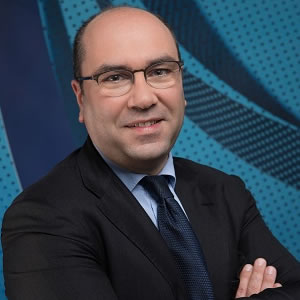 One of the awards judges said: "The combination of adding to the IFC's mission and vision, the structure of the fund, and as a result the focus on the emerging markets, makes this fund unique."

Frédéric Samama, Amundi co-head of institutional clients coverage, tells Environmental Finance that, exactly one year after the fund's launch, it is "in advance [of where we planned to be] in terms of our roadmap", having switched 16.81% of its positions to green bonds, from unlabelled bonds.

The fund previously planned to reach a threshold of 15% by the end of its second year.

It has so far invested in 14 green bonds, including those issued by Axis Bank, Banco Nacional de Costa Rica and the Industrial and Commercial Bank of China.

It is also performing well in financial terms, Samama claims, with the bonds held in the fund generating 5.5% of income to 31 December - higher than the initial target of 5%.

However, the fund posted negative performance over the period because the non-green portion of the portfolio is marked-to-market, which Samama says should soon be compensated in more positive market conditions. Marking to market is a process that aims to show the current market value of investments that can change over time.

A complex risk-sharing mechanism built into the fund's composition, by which returns are re-calibrated to reflect the level of risk that partners such as the IFC have assumed in their role as first loss-takers, also affected investor returns. The mechanism means the less-risky senior tranche of the fund returned minus 2.11% over the period, while the junior tranche returned plus 6.53%, in US dollar terms.

The IFC and other development banks, including Proparco, the European Investment Bank and the European Bank for Reconstruction and Development, invested in mezzanine and junior tranches of the fund to help make the senior tranche less risky. This allowed the fund to offset some of the risk inherent to investing in emerging market debt, and thereby attract more private investment. 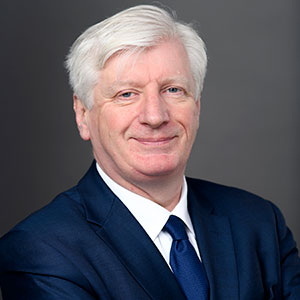 The IFC provided a $256 million cornerstone commitment, and also provides technical assistance to the banks to help them issue green bonds.

The IFC's Masse says: "The Emerging Green One fund has channelled $1.4 billion towards emerging markets. This is additional finance that would not have been invested without the fund's creation.

"The fund encourages emerging market banks to make more green investments, and the IFC is helping to build capacity for them to do this" - Jean-Marie Masse, IFC

"It is also encouraging emerging market banks to make more green investments, and the IFC is helping to build capacity for them to do this."

"The first phase of the ramp-up worked very well," adds Samama. "It represents a very good achievement because we have kept to the good level of yields in emerging markets, while also having good diversification – we have invested in a wide range of countries."

Samama says he is proud of the speed at which Amundi and its partners developed the fund: "By launching the fund in a very short space of time we proved that the project [could] fly, and super quickly. In only nine months, we shifted from being selected to closing the fund.

"It was kind of a blitzkrieg that was incredibly successful – it was a success in implementation, and a success in deployment, with both good yields and a good shift towards green bonds," he says.

Because it is investing in debt from emerging markets, the fund helps green bond investors tackle a fundamental market problem, Samama adds. "Green bonds have traditionally offered low yields to investors, because most of the issuers were in the developed market, and many of these were triple-A-rated," he says. "One of the problems that investors were facing is solved."

Samama predicts the next 12 months are likely to see Amundi step up the pace of green bond investment as it looks to drive both demand and supply.

"In terms of supply, of course we would like more. But was there enough for us to be on track on what we're supposed to deliver? Yes. Are we delivering in terms of returns? Yes. Is the IFC's technical assistance facility [helping]? Yes. Is the fact that we are deploying $2 billion into this market helping? Yes.

"I think the process can only accelerate," he says.

"The fact that suddenly banks in emerging markets have now got access to new providers of financing ... is proof of additionality" – Frédéric Samama, Amundi

Asked whether the fund demonstrates that green bonds can enable investment in projects that would not otherwise have received financing – delivering so-called 'additionality' – Samama says: "Definitively! The fact that suddenly banks in emerging markets have now got access to new providers of financing ... is proof of additionality. These people were not investing in standard bonds before this fund, so suddenly banks have access to a new pool of finance."

Another marker of the project's success, according to Samama, is that other organisations have followed Amundi's example. This includes the Asia Infrastructure Investment Bank, which launched a corporate infrastructure bond fund in January that will buy labelled green bonds and bonds from quasi-sovereign issuers.

"Really, the point was to play the role of the first-mover, to send a signal to others that it was feasible [to invest in emerging market green bonds]. The point was to spread the signal that here was a case study that could be replicated for the benefit of everybody."