Crédit Agricole's longstanding commitment to the green, social and sustainable fixed income market was recognised by judges in this year's awards.

The Paris-based bank has been the leading arranger and bookrunner of green bonds on some of the biggest issues of the year, such as ING (€2.75 billion), DNB Bank (€1.5 billion) and ICBC (€1.5 billion).

It was the biggest underwriter of green bonds in 2018, according to Environmental Finance's bond database.

In the social bond market, Crédit Agricole Corporate and Investment Bank (CIB) has been involved in six social bonds issued by SSAs, including the African Development Bank deal (€1.25 billion). 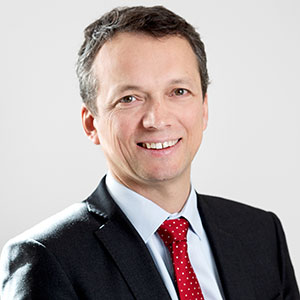 The bank ranked in first position in the social bond lead manager of the year, with a volume of $1.5 billion, according to the EF bond database. It is the second consecutive year that Crédit Agricole CIB has ranked first in the social bond lead managers table. The financial institution has been underwriting and bookrunning social issuances since 2014.

"We are very proud to receive this award which confirms Crédit Agricole CIB's key role in the green bond market, and our longstanding commitment to green finance," says Tanguy Claquin, head of sustainable banking, Crédit Agricole CIB. "We are proud to support the growth of the social bonds market over the last few years and finance projects that include positive social impacts."

The issuance at group-level signals the group's expanded focus on financing projects that advance the shift to a low-carbon economy. The group has committed to finance one-third of France's renewable energy and energy efficiency projects, in particular with the regional banks LCL and Crédit Agricole Leasing & Factoring; to arrange €100 billion in new green financing via Crédit Agricole CIB; and to provide €5 billion in financing for energy transition projects through Amundi's joint asset management companies with EDF and Agricultural Bank of China.