Other highlights: the largest issuer of Canadian dollar green bonds

The Province of Ontario is the largest issuer of Canadian dollar green bonds, having raised a total of CAD3.05 billion ($2.27 billion).

It issued its inaugural green bond in 2014, and its fourth and largest offering in 2018, worth CAD1 billion.

The total order book size for its 2018 deal was in excess of CAD$1.6 billion.

Investors with green mandates and/or Principles for Responsible Investing signatories represented over 85% of overall sales.

All of its green bonds have helped fund the Eglinton Crosstown Light Rail Transit project in Toronto, the largest public transit expansion in the history of the region.

Green bond proceeds are paid into the Consolidated Revenue Fund of Ontario and are invested short-term in Government of Canada Treasury Bills.

An amount equal to the net proceeds of each green bond issue is recorded in a designated account in the Province of Ontario's financial records. These designated accounts track the use and allocation of funds to eligible projects. 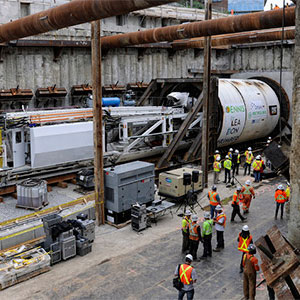 Its annual impact report includes information on how much greenhouse gas (GHG) emissions are reduced through the implementation of clean transportation projects - the estimated aggregate GHG reductions across all projects amount to 590,000 tonnes per year starting in 2031.

It is a member of the Green Bond Principles and says that it will adopt any future impact reporting recommendations by the organisation.

In the future, Ontario is considering issuing green bonds not only in Canadian dollars but in other currencies as well, both domestically and internationally.