Use of proceeds: Housing for the homeless

Other highlights/notable features: The social bonds were issued as part of an overall issue of general obligation bonds amounting to a total of $321.3 million.

Los Angeles, like many other cities in the US and Europe, faces a housing crisis, as several years of rapidly rising prices has put home ownership out of reach for many.

The city's latest initiative, in a string of measures to address the problem, saw it raise $276.2 million from a 'social bond' – the first such transaction from a US municipality.

The 2018-A bond series is the second to be issued under the city's 2016 'Proposition HHH – Homelessness reduction, prevention, housing and facilities bond' which committed $1.2 billion to support the construction of 10,000 housing units for the homeless. The first series, issued in 2017, raised $86.4 million but, as it pre-dated the Social Bond Principles, it was not labelled as a 'social bond'.

The city authorities caution that the terms 'social projects' and 'social bonds' are "entirely self-designating labels lacking any objective guidelines or criteria". But, they add, bond buyers do not assume "any specific project risk related to any of the projects funded". 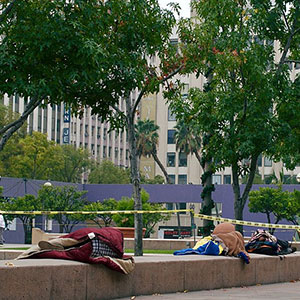 Some 80% of the proceeds from the bond are designated to the construction of housing primarily for the chronically homeless, which may include facilities for mental health services, drug and alcohol treatment, education and job training, as part of the municipality's Permanent Supportive Housing Loan Programme.

The remaining proceeds will fund goods or services for the homeless, and those in danger of becoming homeless, which may include shelters, showers, health centres and storage facilities.

One judge praised the transaction for being "well focused on a key social issue" and Gary Painter, director of the Homelessness Policy Research Institute at the University of Southern California, said the bond funding under Proposition HHH would "dramatically increase support for housing as well as the mental health ... and preventions services needed to get – and keep – people off the streets."