Use of proceeds: To finance or refinance loans to Dutch municipalities with the highest sustainability ratings.

Other highlights/notable features: Fifth sustainability bond from this issuer.

November's €750 million ($856 million), seven-year sustainability bond from BNG Bank was the fifth such issue from the Dutch public sector lender– all of them benchmark size.

It took the total raised from the bank's sustainability bonds to more than $3.6 billion, making it the second biggest issuer after the German state of North Rhine Westphalia.

In addition, since 2015, the bank has issued three social bonds and two small green bonds, demonstrating its long-standing commitment to using the debt market to advance its environmental and social ambitions.

BNG Bank is "a dependable repeat issuer in the sustainability market," said one judge.

And it plans to remain so. "We will issue a minimum of two sustainability bonds a year and will continue our activities in issuing renewable energy bonds, though this is a smaller part of our loan book," Willem Littel, senior manager, capital markets funding, told Environmental Finance.

The November bond met strong demand from domestic and foreign investors, including institutions with a sustainability mandate. Asset managers bought 40% of the deal, with banks taking a further 33% and pension funds and insurance companies a combined 12%. 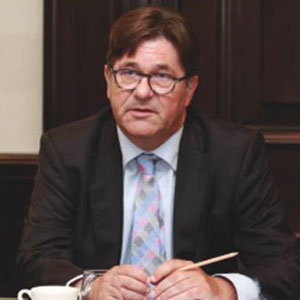 The proceeds will be allocated to Dutch municipalities deemed to be 'best-in-class' for sustainability. Selection of these recipients is based on a methodology developed by analysts at Tilburg University and reviewed by Sustainalytics. The assessment process involves 126 quantitative impact indicators, which BNG Bank maps onto 14 of the 17 UN Sustainable Development Goals.

The triple-A rated bank is fully owned by the Dutch government (50% central and 50% local government) and its clients are municipalities, public sector housing associations, healthcare and educational institutions and public utilities.

"The success of this transaction demonstrates BNG Bank's commitment and position within international capital markets, whilst the diversification and quality of the orderbook outlines the comprehensive investor work by the institution," said one banker involved in the deal.