Other highlights/notable features: The biggest labelled sustainability bond (at the time of issuance).

North Rhine-Westphalia (NRW), the largest German state with a population of almost 18 million, has an impressive track record in the sustainability bond market.

Since its inaugural €750 million ($840 million) issue in 2015, it has returned to the market every year, each time with a larger deal. Last year's €2.025 billion offering was one of the largest sustainability bonds in the market and took the state's total issuance to more than €6 billion, making it the biggest player in this market. It has since consolidated this position with a €2.25 billion deal issued in March 2019.

In a 2016 address setting out a new sustainability strategy for the state, NRW's then prime minister, Hannelore Kraft, described sustainability as "a guiding principle for the future development and shaping of our state". The strategy aims to implement the UN Sustainable Development Goals (SDGs) at the state level and the bond programme is intended to support the strategy.

The 2018 bond carries a coupon of 0.95% and matures in 2028. Its proceeds will be used to finance projects with "a clear environmental or social benefit". 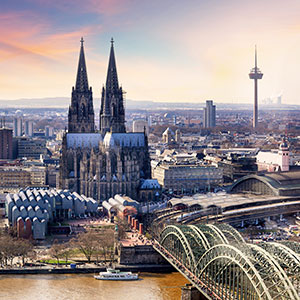 The final category, NRW notes, includes a €162.5 million project for broadband expansion – the first time such a project has been included in its sustainable bond offerings.

ISS-oekom examined the process for selecting eligible projects and the issuer's management of the proceeds and its reporting plans and concluded that the transaction complies with both the Green Bond Principles and the Social Bond Principles.

One judge noted "continuous improvement" in NRW's series of issuances, and added: "We have clear transparency on the underlying projects, even before issuance, which offers us clarity and ability to assess in detail the projects and how [they are] aligned with NRW's broader strategy".