ITALIAN energy giant Enel was the clear winner of the award for innovative bond structure for its 'SDG-linked' bonds, although the product provoked considerable controversy among investors. 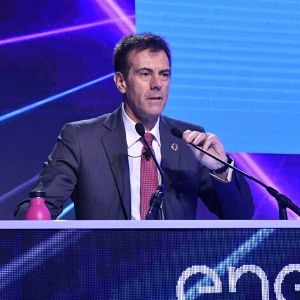 The company had previously raised €3.5 billion from conventional green bonds, whose proceeds are ring-fenced for an agreed range of eligible projects. In September, however, it broke with this 'use of proceeds' approach to sustainable finance by launching the world's first bond whose coupon can vary according to the firm's progress towards the UN Sustainable Development Goals (SDGs).

Use-of-proceeds bonds are "useful tools for those companies that have a segregated sustainable business that they would like to develop," Enel said in a September document. But, for "companies like Enel ... where the strategy and business model are clearly sustainable, we strongly believe that innovative general corporate purpose financing products, which create financial incentives for the company to fulfil its sustainable business model, are the best way to progress the evolution of sustainable capital markets".

Putting its money where its mouth is, the company quickly followed up by issuing a $1.5 billion deal and a €2.5 billion transaction, both with links to the SDGs.

As a power and gas company, the key SDGs for Enel are:

The $1.5 billion bond will pay an annual coupon of 2.65% until maturity unless it fails to build its renewable energy capacity to 55% of total installed capacity by 31 December 2021. If that target is not met the coupon will rise to 2.90%.

The same 'key performance indicator' (KPI) will also trigger a 25 basis point rise in the coupons of both €1 billion tranches of the company's €2.5 billion October bond. For the remaining €500 million tranche, the coupon will increase to 1.375% from 1.125% if Enel fails to reduce its emissions intensity to 125g of carbon dioxide per kWh by 31 December 2030 – about a third of the 369g reported for 2018.

Both bonds were heavily oversubscribed, with the dollar-denominated deal attracting some $4 billion of orders and the Euro deal about €10 billion.

"The excellent outcome ... is further evidence of the growing appetite of investors for innovative, sustainable financing tools," said Enel CFO Alberto De Paoli. "We are confident that companies will increasingly embrace this model, orienting their businesses towards an overall strategy that places sustainability at the core of their investment and financing decisions."

Despite the strong demand, however, the structure failed to win over Nuveen, one of the biggest investors in green bonds
"It's a form of greenwashing," said Stephen Liberatore, lead portfolio manager for responsible investment and fixed income."All this is, is an opportunity for Enel to not do something and only pay 25 basis points more on the coupon. That's not really worth much, quite frankly."

He added: "It was a disappointment that they took this approach. It ends up causing more confusion within the market".
Further criticism came from analysts at HSBC. "We see these bonds' general corporate purpose nature as a backward step versus the 'use of proceeds' format used by green bonds," they said in a November report. They noted that it "may not be too difficult" for Enel to achieve the KPIs as it had previously announced plans to close many of its coal-fired power plants.

But Legal & General Investment Management (LGIM) is far more enthusiastic. "Enel's SDG bond is way better than green bonds," Madeleine King, co-head of pan-European investment-grade research told a conference in January. "As an investor, you are much better off investing in a non-green bond of a company doing a really good job of managing their ESG risks. Essentially, green bonds don't do anything to reduce risk for investors." Even the International Capital Market Association (ICMA), which administers the Green Bond Principles, is bullish about the new structure.

"Sustainability target-linked bonds could be at least as big as the green bond market," said Nicholas Pfaff, the association's managing director of market practice and regulatory policy. "It's clear that for brown companies aiming to transition, for example, there's a need for a product like this."