External assessment provider of the year - CICERO Shades of Green

Cicero has been awarded external reviewer of the year for the fourth consecutive time, and for the second time since it created a specialist subsidiary called Cicero Shades of Green. 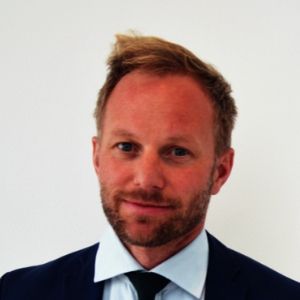 Cicero's Shades of Green was the second largest provider of external reviewers in 2019, reviewing 29.9% of deals that did not carry Climate Bond certification.

One awards judge commented: "Cicero has been leading the market for years with sound opinions based on research and the necessary differentiation of their shades of green."

Cicero Shades of Green prides itself on providing several second opinions over the year that showcased the importance of engaging with all sectors in the low-carbon transition.

Its methodology sees it rate issues or frameworks with three shades of green – dark, medium or light. The light shade encompasses issues that bring some environmental benefits but do not necessarily in line with a low-carbon society over the long term.

However, some of these lighter issues have sparked controversy. For example, in October 2019 Teekay Shuttle Tankers, a Canadian ship-owner specialising in oil and gas transportation hoped to raise €150 million by issuing a green bond, to fund the building of new tankers with electric engines. It ultimately raised €125 million, after eliciting a mixed response from investors.

Cicero awarding its framework a light green shading. According to the Shades of Green methodology, substantial efficiency improvements in the oil and gas sector that do not directly lead to increased oil and gas production could qualify as Light Green if the funded projects accelerate the adoption of lower emissions technology in other sectors.

In another instance, Cicero Shades of Green rated the green bond framework from Swedavia – the state-owned Swedish airport operator – 'light green' after consideration of its emissions reduction targets and contributions to zero-emission technology development in the aviation sector.

On whether Cicero has plans to overtake Sustainalytics in becoming the most prolific provider of external reviews in 2020, Harald Lund, Cicero Shades of Green CEO, said: "It is always our aim to be the course leader. But for Cicero the most important part is to focus on quality and, of course, we want to be as relevant as possible."