Zurich Insurance Group claims its framework to measure the impact of its investments across asset classes is the first of its kind. 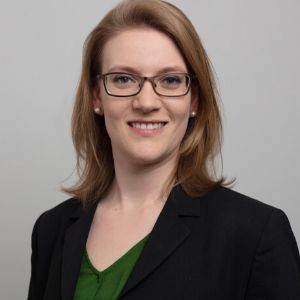 Its $4.6 billion portfolio of impact investments are made across fixed income, real estate, private equity and infrastructure private debt.

The measurement methodology for the impact of Zurich's green bond portfolio was developed in collaboration with BlackRock.

A pilot study of the majority of Zurich's impact investments, across asset classes, revealed that it helped to avoid 3.4 million tonnes of carbon dioxide (CO2)-equivalent emissions and, separately, improved the lives of 2.4 million people annually, as of December 2018, according to the firm.

Updated figures for 2019 claimed its impact portfolio helped avoid 2.8mtCO2e of emissions, and improved the lives of 4.2 million people annually.

It claims that the approach is the first framework of its kind to measure both CO2-equivalent emissions avoided and the number of people who benefited from its investments and aggregate these two metrics across asset classes and investment instruments.

However, Zurich says the process to compile the report was "very labour intensive", particularly because finding the issuer's impact reporting was often difficult.

It appeals to the investment community to undertake a number of actions to make impact reporting easier. These include providing impact reports where they can be easily found and to report according to the impact reporting framework first published by the International Financial Institutions in 2015.

Johanna Koeb, head of responsible investment at Zurich, said: "One of the ideas behind setting public targets was that we would force ourselves to come up with a methodology of aggregating impacts - across global portfolios and across multiple asset classes. At that point, we hadn't really seen anything out there that allowed us to do that.

"We set our targets to challenge ourselves, but also to challenge the market, because we'll either be able to do it, and then we can demonstrate to others that it's possible, or we will spectacularly fail, but then we'll see what went wrong and why ... That's also why we made the entire methodology and our assumptions publicly available."

Danielle Brassel, a sustainable investment analyst at the insurance group, added: "Before we started, we asked ourselves, how can we calculate those numbers? How do we start measuring those and then display them? And how can we learn from it?"