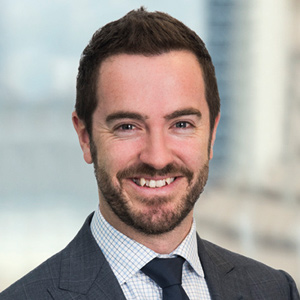 This March, Commonwealth Bank of Australia (CBA) closed a first-of-its-kind sustainability-linked loan with Wesfarmers, a Perth-based conglomerate which spans retail, chemicals, fertilisers and industrial and safety products. The interest margin Wesfarmers pays on the $A400 million (US$290 million) three-year loan will be linked to its levels of indigenous employment – the first Australian loan targeting a social outcome – and goals to reduce the carbon emissions intensity of its chemicals arm.

The company had been watching the growth of the green bond market with interest, says Luigi Mottolini, Wesfarmers' Executive General Manager, Group Finance, but most bonds require the proceeds to be directed at specific green projects, while Wesfarmers typically utilises debt at the group level. However, the emergence of sustainability-linked loans, where lending is linked to ESG targets rather than individual projects, offered a better fit, he says.

"That's where our conversations with CBA started to get more detailed," he adds. With Wesfarmers looking to refinance some bank lending that was maturing, and alongside internal discussions about the company's sustainability targets, the loan structure began to take shape.

Crucial to the transaction was identifying appropriate targets: goals that are aligned with the company's strategic objectives, are meaningful to its stakeholders, stretch the business units to go beyond business as usual, but which are also achievable.

"Diversity of employment and opportunities for Indigenous Australians is front of mind for many Australian corporates, and we know this has been a priority for Wesfarmers for some time," says Mark Peacock, director of sustainable finance at CBA in Sydney. The target here is to increase the percentage of Indigenous Australians among Wesfarmers' more than 100,000 employees from 1.7% to 3%, in line with the composition of the overall Australian population.

In addition, loan margins are also linked to reductions in the carbon intensity of the company's ammonium nitrate production – the most carbon-intensive part of its business. Meeting the targets will require additional capital expenditure in the production process.

Neither CBA nor Wesfarmers are disclosing the impact on loan margins if the company meets or misses the sustainability targets, for reasons of commercial confidentiality, says Peacock. "The quantum needs to be material and meaningful enough to drive behaviour," he says. "That 'meaningfulness' test was very important for Wesfarmers and us, to show there was integrity to it and that there is a genuine incentive."

The real value of a sustainability-linked loan to Wesfarmers, says Naomi Flutter, Executive General Manager, Corporate Affairs, is that it draws together and makes explicit the relationship between the company's longstanding ESG targets and its financial performance. "The discussions around sustainability-linked loans are about things which make our businesses stronger over the long term," she says.

"What is attractive in this is that the credit story associated with Wesfarmers is stronger because we are doing these things around climate change, around the push to drive Aboriginal employment across our divisions: they make our businesses better in the long-term and it is pleasing to see that reflected in our cost of credit," she adds.

Putting together such a loan is not without its challenges, for both sides. The most important for Wesfarmers was engaging with the firm's business units to ensure buy-in with the targets agreed. For CBA, the effort involved establishing clear baselines for performance to date and understanding what trajectory the business has been on in terms of Indigenous employment and the emissions intensity of its ammonium nitrate production, says Peacock.

Wesfarmers was also anxious to avoid additional complexity in the finance documentation and loan covenants, says Mottolini. "We were able to work the ESG targets into the existing documents to drive the discounted pricing or, conversely, to impose an additional cost – that was a fairly easy objective to achieve from a documentation point of view."

Having gone through the process once, Wesfarmers is open to additional sustainability linked-loans and, potentially, green bonds, says Mottolini.

He says the company's financing requirements mean that it hasn't needed to issue bonds for a number of years but, as its investment cycle turns, it would be open to green bond issuance, particularly structures linked to ESG targets rather than specific projects.

That interest is likely to coincide with strong demand from investors, says Peacock. "There is a huge appetite from institutional investors who are keen to deploy capital into green or sustainability-linked transactions.

"Obviously, on the borrower side, lower funding costs from delivering against environmental and social metrics are very attractive to CFOs and treasurers. But equally it plays into what is increasingly a strategic priority for corporates. It's sector agnostic – whether manufacturing, retail, waste companies, commercial property, the energy space – companies are thinking about how they transition their business models ... This sort of product can support and help drive that," he says.