They were also the first private-sector issues from South Africa to obtain Climate Bonds certification.

Structured as green 'use of proceeds', senior, unsecured bonds with bullet repayment structures across three, five and seven years, proceeds are earmarked for financing the construction of three solar energy plants and a 120MW wind farm over 12 months. 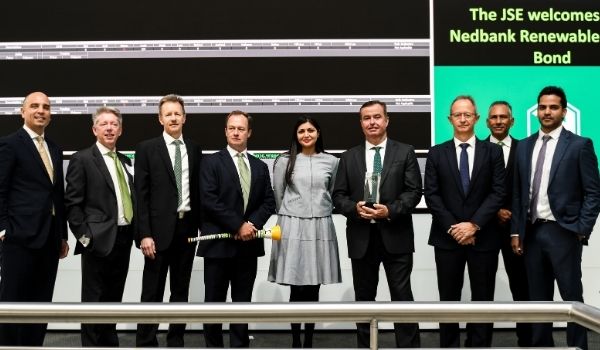 NDCs are a country's nationally-determined contributions under the Paris Climate Agreement.

Nedbank has recently assessed its commercial activities in terms of their impact on the SDGs, the result of which has been a realignment of parts of the bank's lending book towards sustainable activities, particularly in the renewable energy space.

"Nedbank has been a key supporter of, and participant in, the SA Department of Energy's renewable energy independent power producer procurement programme (REIPPPP) and, to date, we have funded 42 of the transactions, worth R40 billion, across the four rounds of the programme," says Bruce Stewart, head of debt capital market origination at Nedbank CIB.

This award acknowledges that the instrument raises awareness of the SDGs within the local investor community and provides the dual purpose of commercial return with impact.

Investor response to the auction of the Nedbank Renewable Energy Bond was positive. The R1.7 billion ($115 million) deal was oversubscribed and attracted R5.5 billion of bids in a blind 'Dutch Auction' process.

Nedbank issued its second green bond to the value of R1 billion ($66.3 billion) in October 2019, which again was well supported.

Stewart points to the positive reaction as an encouraging sign that there is still interest amongst the global investment community in investing in South Africa, provided a compelling proposition is presented.