Komaza is a sustainable forestry business that provides an innovative and scalable alternative to traditional forestry models in Africa.

The Kenya-based firm adopts a micro-forestry "out-grower" model, meaning that its trees are grown on thousands of smallholder plantations.

During the planting phase, farmers provide land and labour in return for seedlings. Farmers receive periodic income from thinning, but the main income is at final harvest, after 10 to 12 years when a half-acre plot can return $1,500 of income to a family, which is equivalent to six years' income as a farmer in the region. 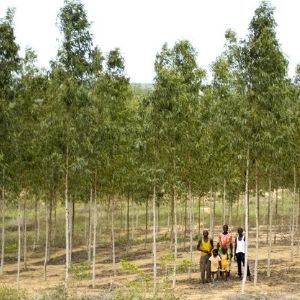 CI Ventures – an impact-first investment fund run by NGO Conservation International – in August 2019 provided $500,000 of bridge financing in the form of convertible notes to Komaza to help expand its operations into other regions of East and West Africa.

In July 2020, Komaza secured a first close of $28 million of the company's planned $33 million Series B equity financing, at which CI Ventures sold its notes. The company attracted continued investment from its Series A lead Novastar Ventures, and the funding round was led by Novostar limited partners AXA Investment Managers (through the AXA Impact Fund: Climate & Biodiversity) and Dutch development bank FMO, with further participation by Mirova's Land Degradation Neutrality Fund. 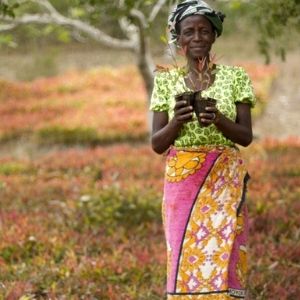 By providing a flexible bridge loan to allow Komaza to stabilise operations and focus on putting together a larger round, CI Ventures can claim to have been a key partner in the Komaza success story.

To date, Komaza has planted over two million trees on 6,000 hectares with more than 14,000 farmers. It said the latest funding round would help it reach its goal of planting one billion trees by 2030, benefiting over two million farmers in Sub-Saharan Africa, and double existing tree cover across all operating landscapes.

Komaza plans to use the funds to expand to two additional sites across East Africa, invest in additional wood manufacturing facilities, add a new direct-to-farmer app to drive enrolment and increase farmer access to best practices, and continue to develop remote sensing and artificial intelligence to automate the monitoring of farms.