These include its £1.2 billion Sustainable Equities fund, which is focused on investing in companies that make a positive contribution to society. It also launched Global Small Capitalisation, Diversifying Returns and Multi Asset Credit funds, that it says incorporate sustainability considerations.

In April, it launched a £945 million private debt portfolio intended to "push the boundaries of responsible investment in direct lending". 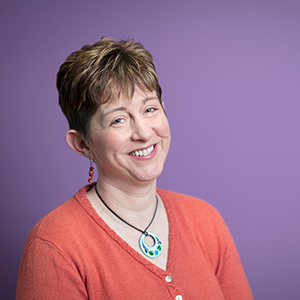 In March, it announced in its annual report that it was preparing to report the impact of its investment portfolio on the Sustainable Development Goals (SDGs). Brunel, which was created in 2017 as a 'pool' of 10 UK Local Government Pension Schemes, said it is preparing the assessment as it "turns [its] attention to prioritising client outcomes, and to realising our shared desire to embed responsible investing into their pension funds".

The step marks Brunel out as one of few large asset owners to express a desire to drive positive impact through its investments and commit to report its progress in line with the SDGs.

In November, Denise Le Gal, Brunel chair, told a webinar: "We believe impact will only become more relevant. That requires pension funds like ours to go along the road that the leaders are setting and also go one step further, to help influence and shape policies as they are set by governments and regulators [as they relate to impact]."

The asset owner's sustainability and impact strategy has been steered by Faith Ward, chief responsible investment officer at Brunel. Ward was also named Personality of the year in Environmental Finance's 2021 Sustainable Investment Awards.

Other members of the Brunel team, led by David Vickers, its chief investment officer, David Cox, head of listed markets and Richard Fanshawe, head of private markets, have also been influential in shaping these decisions.

Vicker's told Environmental Finance: "Principles of responsible investment are embedded in 100% of what Brunel does, including looking at how our managers approach their own policies and behaviour as well as their investment process. This means their adoption of frameworks like the Net Zero Investment Framework and Diversity Charter are important signals."

"On the private markets side, we have launched funds with exposure to a range of assets, such as infrastructure and affordable housing, and managed to place sustainability at the heart of all of them," he said, adding that an example of this is an investment in greenhouses in East Anglia. It was estimated that the project could increase domestic production of tomatoes by 10% and cut greenhouse emissions by 75%.