Impact project/investment of the year - biodiversity and ecosystems: Actis' investment in BTE Renewables

BTE Renewables, which operates wind and solar projects in South Africa and Kenya, has implemented a vulture mitigation and conservation programme at a Kenyan wind farm that includes a squad of bird observers.

Vultures are one of the most endangered groups of birds in the world, according to the International Union for Conservation of Nature.

The sustainability team behind a wind farm near Kipeto in Kenya, sought to conserve a colony of Rüppell's vultures located 15 kilometres from the site.

The Kipeto wind farm project employs two ornithologists to lead a team of 30 bird observers and implement a 'shut down on demand' mitigation programme.

The ornithology team can pause the blades of the wind turbines on spotting a vulture to reduce the risk of harm to a bird.

The initiative is one of the "most unique" in the world, Actis claimed. 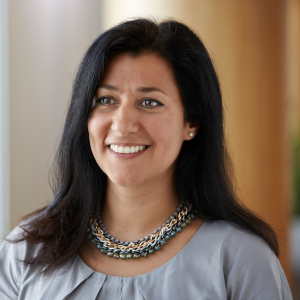 Shami Nissan, partner and head of sustainability at UK-headquartered private equity firm Actis, which invested in BTE, said her company is looking to focus on more nature-positive opportunities.

"Our raison d'etre is to invest in sustainable infrastructure. For us, this means infrastructure that supports the 'just transition' in the fullest sense – infrastructure which accelerates the world towards net zero, is resilient to climate shocks, inclusive and equitable, and which is nature positive," Nissan said.

The BTE team and conservation groups also work together to educate local communities on human-wildlife conflicts through actions such as such as helping build predator-proof enclosures for local livestock keepers, distributing predator deterrent lights and raising awareness of the importance of vultures.

One IMPACT award judge praised the venture for its "high impact" despite not being "large scale".

The Kipeto windfarm has 60 turbines generating 100 megawatts annually over 7,000 hectares.

A third of the workers at the wind farm are locals from the Maasai ethnic group. BTE constructed 84 houses for local families living in the project area and gave them a stipend for furniture, benefiting 597 people.