Portuguese electric utility giant EDP secured the Community involvement program of the year award for its innovative 'just transition' programme supporting workers and the local community during the decommissioning of a major coal power plant.

The 1.3GW Sines coal power plant was closed in 2021 after 36 years of operation, with the firm planning to repurpose the site into a 100MW green hydrogen production facility. In the meantime, EDP launched its 'Futuro Ativo Sines' initiative to support the community around the plant in its transition.

As well retirement and deployment options for employees, the FAS programme provided individualised plans around skill development based on local economy needs – such as solar systems training – for each Sines employee and supplier worker.

EDP also created local offices to help direct the wider local population to training and work opportunities, with a social fund and psychological support available as required. The offices also served as a platform for a local business incubator which supported local entrepreneurship in the area. 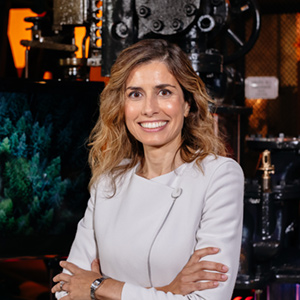 €140,000 was provided by EDP to 11 social non-governmental organisations in the region to strengthen their local social response, and it maintained its existing social investment programmes – including support for local schools and art.

"The engagement of the community, the multiple partnerships with local actors, the holistic and integrated design, and the results obtained show that a company can play a big role leading the transition of the communities away from coal," EDP executive board member Joana Freitas told Environmental Finance.

Freitas said the FAS provided a lot of insights for EDP to use for other plants and to share with other companies and countries that are starting their transition from coal. Most critically, FAS engaged the wider community from the start.

"Not focusing only on the workers and be open to support the whole community allowed [the FAS programme] to make sure no one was left out," she said. "Only with workers and communities can we make the energy transition just."