As head of Systemiq's sustainable finance team since 2017, Katherine Stodulka has been involved in an impressive number of impactful initiatives across the globe. 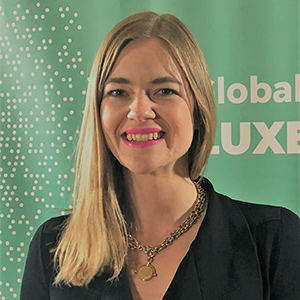 For example, she helped structure the Global Fund for Coral Reefs, a $600 million blended finance platform for oceans, which Stodulka helped design.

Systemiq is a technical partner to the fund, which invests in nascent sustainable business models, using catalytic capital from foundations and donor countries to support solutions that help build physical and financial resilience for communities who depend on reefs.

Systemiq is a diverse company that focuses on "system change" and performs numerous functions including acting as a think tank, an advisory, and more recently as an investor, with its own funds focused on early stage climate tech entrepreneurs.

Its Fund II had a first close of $70 million in July, and is targeting to raise $200 million for four themes: food and materials, clean transport, climate intelligence and climate restoration. The second fund follows the success of its $30 million Fund I launched in 2018.

Stodulka has built Systemiq's sustainable finance advisory and investment team from scratch and continues to lead the team.

Much of her work focuses on how to blend public and private finance to help channel capital to areas where it is needed to bring about the transition to a net-zero economy.

She said: “There’s significant funding available from multilateral development banks, but so often it is designed in a way that is not fit-for-purpose. If you are deploying capital that works for the capital provider but not the countries or communities where it will be deployed, then you will inevitably be solving for the wrong solutions.”

She added “It’s the same with the private sector: unless they are involved early, you miss the opportunity to build new markets and mobilise large-scale capital for the transition.”

Stodulka reinforces the need for greater transparency, tools and data to ensure green and transition finance products and pledges are high-integrity - not just good for PR. With this in mind, Systemiq partnered with General Atlantic to develop and implement a market-leading approach to measuring and reporting emissions reductions for its “Beyond Net Zero” fund which is data-driven and aligned with the Science Based Targets Initiative.

Her role has seen her work on a variety of initiatives including:

Asked whether she is excited about COP27 in Egypt - where many of these stakeholders will gather in November to discuss progress on climate action - Stodulka is "circumspect". “I welcome the greater focus on adaptation finance as we better understand the true cost of climate-related natural disasters, conflict, food insecurity and migration,” she said.

But she adds that she is "not so naïve as to think that these big climate conventions solve everything". But says they create a drum beat for action and increase transparency by bringing attention the agenda.

She added, “If [COP26 in] Glasgow was the finance COP, then this must be the accountability COP - where we take stock of all those good intentions and see what money has actually been deployed.”