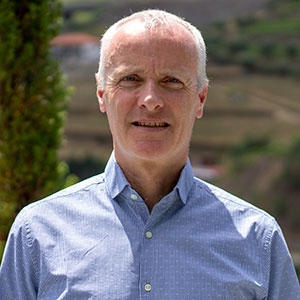 Helping to drive a number of transformative initiatives saw sustainable finance veteran Rory Sullivan named as Personality of the Year.

In the year to April 2019, the consultant played leading roles in projects including the Transition Pathway Initiative (TPI), UNEP FI's Principles for Responsible Banking, the Fiduciary Duty in the 21st Century programme, and the Business Benchmark on Farm Animal Welfare.

"Few have been as involved across the investment industry in so many ground-breaking initiatives," said one of the awards judges.

Sullivan, an affable Irishman, points out that a consultant is only as good as the projects he works on. The strength of the initiatives he was involved with reflects the rapid evolution of the market for responsible investment, he adds.

The market has entered a new phase where it is no longer about trying to drive as many investors as possible into initiatives such as the Principles for Responsible Investment (PRI), he argues. The latest wave of projects focus on "action and outcomes".

"These programmes are showing that you can, as a mainstream fiduciary investor, deliver a real societal benefit or change without compromising on your fiduciary duty or obligations," says Sullivan.

TPI, to which Sullivan was chief technical advisor, is a global asset owner-led initiative assessing companies' preparedness for the transition to a low-carbon economy. Sullivan's work for it included supporting the development of the first ever carbon performance assessment framework for the oil and gas sector (which has underpinned the work of Climate Action 100+ and others including its engagement with Shell) as well as frameworks for the aluminium, aviation, cement, pulp and paper and steel sectors.

Sullivan says TPI's work is mutually reinforcing of the CA100+, which has $33 trillion of investor signatories.

Meanwhile, the UNEP FI and PRI's Fiduciary Duty in the 21st Century programme has led to changes in the regulatory and policy framework in many countries around the world, says Sullivan.

Sullivan was also a consultant for the development of the Principles and the Accountability Framework for the UNEP Principles for Responsible Banking, which is now endorsed by 71 global banks and is due for official launch in September.

In 2017, Sullivan – who has some 30 years of experience in the responsible investment space – co-founded consultancy Chronos Sustainability, and in late 2018 he was appointed visiting professor in practice at the London School of Economics.

"I commend his leading role in the Transition Pathway Initiative (which is a key project for asset owners) and the breadth of other impactful projects he has been involved in in the year to April 2019, building on his extensive experience in investment governance," said another of the awards judges.

When asked to comment on Environmental Finance's series of features on ESG data, Sullivan says some of the criticism of ESG rating firms is unjustified.

"Huge credit should go to ESG data providers," he argues. "Their insistence that disclosure is a good thing has been really helpful in creating pressure for change.

"There's a lot of reasons to criticise them, but many of the changes we have seen have been driven by them."

He also highlights the key role of ESG disclosure frameworks, particularly the CDP – formerly known as the Carbon Disclosure Project – in driving up the standard of data.

But he warned that there is a danger that the critical role of the CDP is being overlooked by investors. Environmental Finance recently revealed that mining and commodities giant Glencore has stopped reporting to CDP and other frameworks, instead pushing investors towards its corporate sustainability report. He said investors to would be wrong to "shrug their shoulders" and not put pressure on companies like Glencore to resume reporting to the CDP.

"When you look at the carbon reporting landscape, most of the high quality data that exists has come through the CDP, which has made people report in a standardised way that can be compared and contrasted.

"Investors are forgetting the really important role that CDP plays. I think investors are asleep at the wheel on this one! If we are not careful, we will lose one of the key sources of information we need for decision making."