The dependence of the value of a country's sovereign bonds on the management of its stocks of natural resources is set to intensify over the next decade, according to the Grantham Research Institute and Planet Tracker. 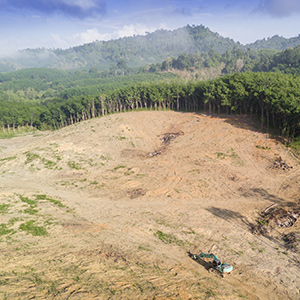 Their "ground-breaking" joint report, published in February, provides the first framework for factoring natural capital risk into sovereign debt analysis, according to its authors.

To date, understanding the impact of environmental factors on the cost of sovereign debt has focused on the physical risks associated with climate change, highlighting that vulnerability to climate change has a positive and significant effect on sovereign bond yields.

However, these assessments have not yet addressed countries' natural resources, or natural capital, in a systematic way – particularly in terms of how ongoing natural capital loss and the transition to a sustainable economy will impact countries that rely on land-based natural capital for their prosperity, the authors say.

The report presents a framework to enable market participants to integrate the value of natural capital into the issuance, analysis and stewardship of sovereign bonds.

It focuses on the two G20 countries that are most dependent on natural capital for their exports: Argentina and Brazil.

The way in which natural capital intersects with exports is one of the five factors included in the framework and the report identifies Argentina and Brazil as facing the greatest number of risk factors associated with its economic dependence on soft commodities such as soybean and cattle.

A global shift to a zero-deforestation economy could put at risk 4.8% of Argentina's soybean exports if practices are not improved, equivalent to a $1.7 billion loss in government revenue, the authors say. For Brazil, 9% of its soybean exports would be affected – a market valued at over $32 billion in 2018.

The report is the first in a series that will aim to understand the relationship between natural capital and the future prospects for sovereign bonds.

Nick Robins, professor in practice for sustainable finance at the Grantham Research Institute, said: "This ground-breaking joint report helps support the case for urging key players in the sovereign bond space to look at these risks in more detail."

Sovereign bonds are one of the largest asset classes in the financial system, with an outstanding value of $66 trillion in international debt securities in 2019, according to the Principles for Responsible Investment. Sovereign debt securities operate as a benchmark for other issuers and, in some geographies, sovereign debt constitutes the most liquid security.

These securities, particularly when issued by developed economies, are also a reference for safety in international capital markets, the authors add. EF