Wells, Wires and Wheels, a paper published by BNP Paribas Asset Management's Mark Lewis, outlined the tough road oil faces to remain competitive with renewables as an energy source for the transportation sector. 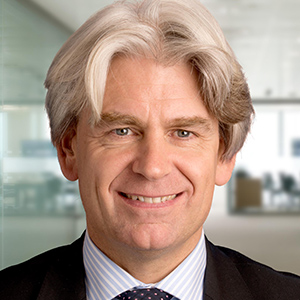 The report concluded that the price of gasoline would need to be $9-$10 a barrel, and $17 to $20 for diesel, for oil to compete with new wind and solar projects that will power electric vehicles.

By introducing the concept of Energy Return on Capital Invested (EROCI), Lewis demonstrated that, if oil is priced at approximately $60 per barrel, a $100 billion investment into renewables used specifically to power cars and light-duty vehicles would produce six to seven times more useful energy compared with an investment in oil that was used to fuel gasoline-powered vehicles. And it would produce three to four times more useful energy than oil for diesel-powered cars.

The oil industry continues to have the advantage that it can provide on-the-spot fuel in large quantities, while new wind and solar projects tend to deliver their energy over a 25-year operating life. Yet the scale of change that has affected the European utilities industry over the last decade by mass wind and solar roll-out, leading to stranded assets of fossil fuel generation assets, means the oil industry cannot be complacent about the speed with which wholescale change can occur.

“In the past, the arguments for renewables over fossil fuels were all about the environmental benefits of clean energy compared with the negative climate impact of burning coal, oil, and gas,” said Lewis. “We are now in a new and revolutionary period where renewables can compete with oil and the other fossil fuels based on the cold economics alone. That changes everything. The environmental benefits are still there, of course, but now renewables can deliver cheaper energy than fossil fuels as well. The writing is therefore now on the wall: the end of the petroleum age is now in sight.”

Not only did the paper reveal startling figures about the long-term viability of oil in the transportation sector but it also had a significant reach, leading to op-eds in the Financial Times, a Forbes piece covering the paper receiving 150,000 views. It clarified for investors the need to assess the value of oil companies and the size of the universe of companies that could benefit from the energy transition.

Mark Lewis is global head of sustainability research at BNP Paribas Asset Management. Previously, he was managing director and head of research at the Carbon Tracker Initiative. EF