Downing Renewables and Infrastructure Trust (DORE): The power of diversification

Environmental Finance spoke with Tom Williams, head of energy and infrastructure at Downing LLP, to explore how diversification sets DORE apart from other renewables funds.

Environmental Finance: What is the benefit of DORE's geographical and technological diversity? 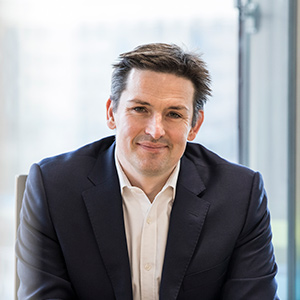 Tom Williams: Each of the renewable energy technologies we invest in (so far hydro, solar and wind) is dependent on a natural resource, which can be seasonable and variable. To mitigate against those factors, we invest across a spread of geographies and technologies whose generation profiles bear little correlation to one another.

There are two main benefits when diversifying by geography. Firstly, there is the opportunity to invest in various renewable technologies, because the topography is different – for example, the UK's geographical features don't lend themselves to hydropower in the same way that Sweden's do.

Secondly, when operating in multiple geographies, you have a better chance of consistent energy generation.

Put simply, when it's raining, hydropower is most effective, but solar power will suffer. Conversely, when it is sunny, there is less chance of wind or rain.

EF: Why are these renewable energy projects that DORE targets so crucial right now?

TW: DORE is an article 9 fund, with a core sustainable investment objective – namely facilitating the transition to net zero through its investments. The transition to net zero requires us not only to shift generation to renewable sources but also to fulfil what will be an increase in electrical demand because of the electrification of huge energy-intensive sectors like transport and heat. So not only are we replacing existing generation infrastructure with renewable energy, but we're also meeting increased electricity demand.

Storage also plays a massive part in this transition, because as you get more renewables on the grid you have more intermittency and you need more flexible sources of energy available to be able to cope with the swings created by that intermittent generation. Batteries can play a significant role here, but currently they only last for one or two hours. However, hydropower reservoirs are a form of flexible duration energy storage which can be measured in hours, days, weeks, months and seasons.

EF: Why are your run-of-river hydro plants better for the environment than traditional hydro dams?

TW: Firstly, our investments in Sweden are all in existing operational hydropower plants which have been in situ for decades. Because they are mostly run-of-river plants, they simply take in water from the rivers rather than trapping water behind a large dam. When they regulate water flow, they do so from small structures on existing natural bodies of water that have been there for even longer than the power plants (and so have their own very established ecosystem). This modest regulation of water flow interferes with the existing environment to a significantly lesser extent than, for example, the construction of a new large dam which could flood a large area of land and destroy the existing habitat.

We have a significant programme to bring those hydropower plants up to date with the very latest in modern environmental standards, which also forms part of our rationale of investing in these assets. Our latest acquisition for example has a new stream that has been created to allow fish to bypass the facility.

TW: We've achieved a total NAV return of 16% on the post-initial public offering (IPO) proceeds in the 15 months since the IPO, which is attractive to investors.

Part of the reason for this has been our ability to influence when we produce electricity in our hydropower portfolio and weight our production to times when energy prices are higher.

The capture rate, which is the discount you receive to the energy system price, is currently a big issue in the renewable energy industry. However, with our approach of combining different technologies with different production profiles in the same price zones, we are able to mitigate the effect of technology-specific capture rates. This is an incredibly powerful tool and enables our assets to avoid some of the biggest concerns with renewable energy.

EF: How does DORE's access to Downing's full-service asset management team set it apart from its competitors?

TW: Consisting of more than 26 people, our asset management team is focused solely on preserving and enhancing value in our energy and infrastructure portfolio. The team includes electrical, mechanical and civil engineers, accountants, contract compliance specialists and data analysts who examine 3 billion data points across our assets in order to identify trends and issues in real time.

We are then able to analyse this data to see how we can improve the operations of our assets immediately.

If you outsource your asset management function to third parties, as most asset managers do, that process is very different. The biggest issue here is data. The quality of data is often significantly reduced to very few data points, which would only be seen in a report weeks after they occurred, making it difficult to make real-time decisions or take pre-emptive action. We are fortunate that, with the people we have and the systems we have implemented, we can act with real-time data.

So, having the in-house team is a fundamental part of what we do and a big differentiator for us, versus our peers.