Those investments, made across France, Spain, Italy and Ireland have resulted in the avoidance of 1 million tonnes of greenhouse gas (GHG) emissions, the investor said.

The fund was created to help achieve the goals of the Paris Agreement and aims to supply growth equity to European small and medium-size enterprises (SMEs) that respond to the climate emergency and help lower GHG emissions. This includes both energy transition ‘pure players’ and traditional business that are contributing to the energy transition.

Launched in 2018, with €100 million of Tikehau Capital’s own money, it has since attracted large strategic investors as limited partners (LPs) who make up 45% of its commitments. These include the European Investment Fund, Bpifrance and the Teachers’ Retirement System of the City of New York. The fund has generated a further €350 million of co-investment opportunities for its LPs, according to Tikehau Capital.

Overall the fund will look to make 15 to 20 investments with a target hold period of four-to-seven years. The fund is also targeting pan-European companies in the Benelux region and the UK in addition to the companies it has already invested in. 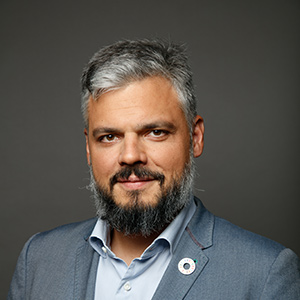 “As one of the largest growth private equity vehicles raised globally with a singular focus on fighting climate change, we are thrilled to receive recognition for our commitment to fostering an investment philosophy which supports the shift towards a more resilient and inclusive economy,” said Pierre Abadie, group climate director at Tikehau Capital.

The fund is co-managed by Abadie and Mathieu Badjeck and typically invests between €25 million to €150 million, taking minority and majority positions.

“We are delighted to receive this accolade which recognises our T2 Energy Transition Private Equity fund’s commitment to financing the growth of emerging corporate leaders in the energy transition space and investing in European SMEs that provide tools to respond to the climate emergency,” added Abadie.

Tikehau Capital has decided to launch a similar fund focused on the North American energy transition and decarbonisation sectors. A dedicated investment team is currently being established in New York.