Green bond of the year - sovereign: The Federal Republic of Germany

Europe's largest economy entered the green bond market with a €6.5 billion ($7.7 billion) syndication under its twin-bond concept, which means it was issued with an identical non-green federal security. 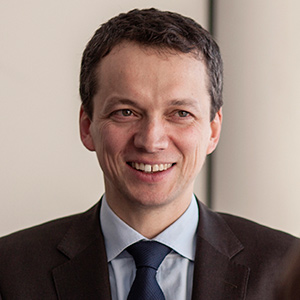 The terms for the twin issues are exactly the same, however their volume can be different, with the conventional bond being larger.

"Preparing the Green Bond Framework for the Federal Republic of Germany was a great challenge and an exciting exercise: extremely detailed and ambitious selection of the eligible expenditures; unique financial innovation in the preparation of the twin bonds; tremendous collaboration among very different ministries; fascinating execution and – more importantly – inspiring work with very nice people. Germany has clearly created a new standard in the green bond market, and we were very honoured to be part of this journey," said Tanguy Claquin, head of sustainable banking at Crédit Agricole CIB.

Having initially issued the first twin-bond with a ten-year maturity in September, followed by a twin bond with a five-year maturity two months later, both having a value of €5 billion, Germany plans to issue a 30-year tenor twin bond in order to build a green yield curve in the medium term.

"Adds new concepts into traditional green bonds, such as twin-bond concept, greenium, and international cooperation as one of the use of proceeds (UOPs)," said one Environmental Finance Bond Awards judge.