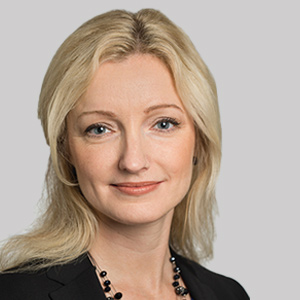 Swedish financial services and insurance company Skandia Mutual Life Insurance Company was the sole investor in the bond. In a recent report it estimated Sweden could save up to SEK20 billion a year by working on preventative healthcare measures and argued current healthcare spending is skewered too heavily in favour of cure and not enough is spent on prevention.

Lead manager Skandinaviska Enskilda Banken (SEB) estimated SEK1.4 billion could be saved annually through expanding this type of prevention to all prediabetics in the country, demonstrating the belief in the scalability of this type of bond.

Carrying a 0% coupon the bond carries a unique risk and profit sharing return based on the cost savings achieved by the diabetes prevention programme. This return, which will be paid out at the end of the bond's five year tenor along with repayment of the nominal amount, has a cap of 10% and a floor of -20%.

“We are very honored to receive the award Social project bond of the year. Just as Region Stockholm has played a leading role in the work with green bonds, we also have the ambition of being forward-thinking in the fields of social entrepreneurship and social financing. We have therefore developed a Health Impact Bond, which has a unique financial structure”, said Frida Korneliusson, CEO of Region Stockholm Treasury.

The Environmental Finance Bond Awards judges were particularly impressed with the innovative nature of the bond. "So creative to use the long-term debt capital markets to support preventative care programs with long-term benefits," said one.

"Really like the innovativeness of the bond structure, the target impact and group, as well as focus on prevention," added another.

Issuer: Region Stockholm
Size: SEK30 million ($3.5 million)
Maturity: 23 June 2025
Coupon: 0% with variable component
Use of Proceeds: Fund a type-2 diabetes prevention programme for up to 925 pre-diabetic individuals in the greater Stockholm area
Lead managers: Skandinaviska Enskilda Banken (SEB)
Credit rating: S&P AA+ long term and A-1+ short term (for Region Stockholm as a whole)
Other highlights/notable features: No payments will be made during the bond's tenor; repayment of the nominal amount and any variable return (positive or negative) will be made upon maturity (i.e. after year five)