They promise organic dividend growth through their sponsors, in this case Enviva Development Holdings LLP, which has agreed to drop down more revenue-generating assets to the vehicle.

MLPs have up until now, mainly been used by the oil and gas industry. However, Enviva was classed as one because wood pellets are viewed as a natural resource.

The $230 million initial public offering (IPO) on the New York Stock Exchange in April gave equity investors access to a renewable energy investment outside of the traditional stalwarts of wind and solar, according to Michael Sachs, managing director natural resources group at Goldman Sachs, which was joint lead bookrunner for the deal, and gave MLP investors a non-fossil fuel product.

"The deal was ground breaking in the sense that it had a lot of the characteristics that are highly sought after by MLP investors, but it had a completely different business model in that it was biomass, where traditionally MLPs had been primarily used in the oil and gas industries," he added.

Enviva does not own any forests but owns six plants that convert wood to pellets, as well as infrastructure to help transport the pellets to customers.

It had a lot of the characteristics that are highly sought after by MLP investors, but it had a completely different business model, Michael Sachs, Goldman Sachs

The Bethesda, Maryland-based company provides wood pellets to European utilities, which can burn them instead of coal to reduce their emission by up to 85%.

Enviva is the largest supplier of wood pellets for power generation in the world providing 15% of all utility-grade wood pellets in the market. At the time of IPO, it produced 1.7 million tons of pellets annually, generating gross revenue of $460 million and $21 million in income.

The IPO valued the company at $433.3 million, with 85% of investors participating being institutional investors. Shares priced at $20, the mid-point of filing range.

"At the end of 2014, there were two MLPs that priced below their target ranges and in 2015 only one other MLP had priced, so having a new entrant with a different business model price within its filing range was a great accomplishment," says Sachs.

"MLPs characteristically generate stable cash flows underpinned by long-term contracted assets and a backlog of organic and acquisition-based growth opportunities," says John Keppler, Enviva's CEO. "What has been nice to see is that investors have begun to acknowledge the durability of our cash flow profile and its independence from the traditional oil and gas sector." 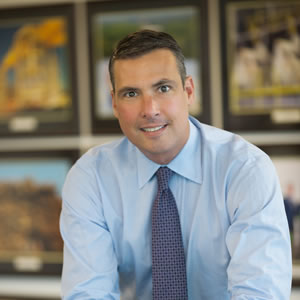 Enviva was trading slightly above its IPO price at $21.63 at the time of publication, compared to the Alerian Index that tracks the MLP market, which lost a third of its value since Enviva's IPO.

"When Enviva launched their IPO, they had contracts of six years with highly creditworthy counterparties. They also had very low commodity risk, because all of their contracts had 'pass-throughs', so that, if for example, the cost of shipping went up, the additional costs were passed through to the customer, essentially locking-in the margin of profitability for Enviva," says Sachs.

Enviva only uses low-grade or leftover wood that cannot be milled into high-value products such as furniture or lumber. This includes pulpwood, crooked or undersized trees, limbs, tops, wood chips and sawdust.

It has received certification from several international sustainable forestry standards including Sustainable Forestry Initiative, the Forest Stewardship Council, and the Programme for the Endorsement of Forestry Certification.

"Enviva doesn't have any direct publicly-traded comparisons, which made it difficult to figure out who the investor base would be," says Sachs. "It is a company that deals with timber, but, it is not a standard timber company. So, it threads the needle between MLP investors and timber investors, who understand how they source their product. Then you had utility investors who understood the input cost of the European power companies that were buying it."