Danish pension fund PKA and Australian banking group Macquarie joined forces in 2016 to acquire what is believed to be the largest dedicated biomass power plant in the world. 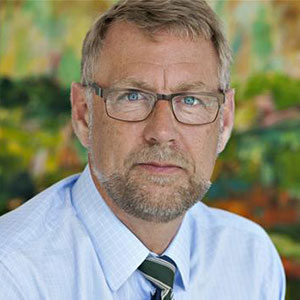 Macquarie was also financial advisor to the project, which received funding of £900 million ($1.1 billion), of which more than £650 million was senior debt raised by Macquarie. Total construction costs were £650 million with an additional £250 million raised for working capital and operational costs. PKA invested DKK1.3 billion ($195 million) for its 50% stake.

"The investment in the biomass power plant is in line with PKA's strategy of making a positive difference for the climate," says Peter Damgaard Jensen, CEO of PKA when the acquisition was agreed.

The fund aims to have 10% of its total investments in climate-related projects by 2020. It currently has approximately €33.6 billion ($37.4 billion) in assets under management.

The Tees REP combined heat and power plant is located in the Tees Valley in North East England, and is expected to have a generating capacity of 299MW, enough to power approximately 600,000 homes, when it becomes operational in 2020.

The plant will be fuelled by wood pellets and chips from certified sustainable forestry projects in North and South America as well as the Baltic region. It is expected to use more than 2.4 million tonnes of wood pellets and chips a year. As the plant will help the UK reach its renewable energy targets, it will receive Contracts for Difference (CFD) payments from the UK government. Under this mechanism a low-carbon electricity generator is paid the difference between a 'strike' price (the price of electricity reflecting the cost of investing in low-carbon technology) and the reference price – the average market price of electricity in the country. The payments are designed to protect the low-carbon energy provider from volatile energy prices.

"The Tees REP project had to overcome many hurdles and Macquarie's involvement was critical to this successful outcome… which is not only low carbon but which will meaningfully add to the UK's energy security at an important time," says Ben Elsworth, CEO of MGT Teesside.

Linklaters provided legal advice to the lenders, with partner Richard Coar praising its structure, saying: "Successfully reaching financial close demonstrates that, even in the current climate, complex transactions like this can still be structured in innovative ways to attract sufficient domestic and foreign investment."

Meanwhile, Finnish clean energy company Fortum will operate and maintain the plant having signed a ten year contract for an undisclosed amount. PD Ports, the operator of the Teesside port, will provide biomass discharge services from the plant, as well as a dedicated berth in the port for fuel delivery.