The world famous Macallan whisky distillery in Scotland is a beneficiary of this year's Bioenergy Deal of the Year. The winning transaction uses public and private finance to develop a combined heat and power (CHP) project which will supply all the steam needed for the distilling process as well as green power to the national grid.

Numerous other benefits are expected to flow from the project.

"It generates heat for a local business ... helping it to save money and reduce its carbon footprint. It supports local landowners who are providing much of the fuel. And it creates and supports local jobs," says Lord Smith of Kelvin, chairman of the UK's statefunded Green Investment Bank (GIB).

"You need to have a feedstock strategy you can 'sell' to funders" – David Whitehurst, John Laing

The opportunity was identified by Estover Energy, a young UK project development company, following a painstaking analysis of UK industrial facilities with significant industrial heat loads and their proximity to suitable biomass feedstock. Macallan's facility is in Speyside, northern Scotland, one of the most densely forested parts of the UK.

The aim is to replace the distillery's existing gas boilers with a new CHP plant fuelled by harvesting residues from local forestry operations. The plant will also have the capacity to cope with a planned expansion of the distillery. 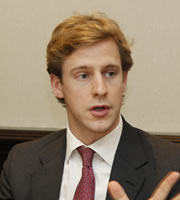 It will generate 87.4 GWh of electricity each year – enough to power more than 20,000 homes – and 76.8 GWh of heat. Overall savings in carbon dioxide emissions are estimated at 42,000 tonnes/year.

Estover approached Macallan to discuss the potential benefits of a CHP plant, says Ben Heathcoat Amory, the company's supply chain development specialist, and it was agreed that an Estover spinoff company – the Speyside Renewable Energy Partnership – would take on the construction risk of the CHP plant and sell heat and power to the distillery. Macallan is not a development partner in the project.

To finance the £74 million ($110 million) project, Estover decided on a debt/equity ratio of approximately 65%/35% and, after talking to commercial banks and other potential financiers, selected infrastructure investor John Laing and the GIB as equity partners.

Chris Holmes, the GIB's managing director responsible for waste and bioenergy, says the project was:

The project was also the first biomass CHP project for John Laing, notes David Whitehurst, a senior investment manager with the company. John Laing contributed some £13.3 million in equity finance, with the GIB contributing just under £13 million.

The bank invests on commercial terms, but the projects it accepts must also satisfy certain environmental criteria, Holmes says. A key criteria for this project was the sustainable sourcing of the biomass feedstock, he notes. 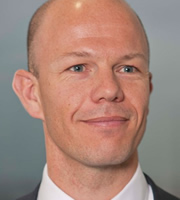 This is probably the most important issue in projects of this type, agrees Whitehurst at John Laing. "You need to have a feedstock strategy you can 'sell' to funders".

Examining the experiences of other biomass plants persuaded Estover to enter into agreements with several forestry owners and supply chain companies. Most of the feedstock comes from less than 50 miles from the CHP plant, says Heathcoat Amory.

Alongside the £26 million equity finance, the project is supported by £48 million of debt in the form of a 12-year bond, which was backed by a guarantee from Infrastructure UK.

The CHP plant is due to be commissioned in March next year and is expected to have a life of 25-40 years. For the first 20 years, it will be supported by renewable obligation certificates (ROCs) and subsidies from the UK's renewable heat incentive, Heathcoat Amory notes.

Estover has three similar projects in development, all of will be supported by ROCs, he adds. It hopes to build more, but is awaiting to see if they will be bankable under the government's new contracts for differences support scheme, he says. EF