It's been a bumpy couple of years for UK solar, with the government phasing out existing subsidy regimes for more 'competitive' models, making further cuts to feed-in Ttriffs (FiTs) and implementing tighter restrictions on Renewable Obligation Certificates (ROCs). 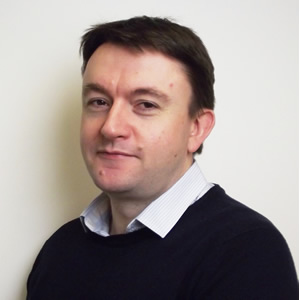 Despite this, some investors were still keen to take on opportunities in UK solar, and nothing made that clearer in 2015 than the success of Lightsource's £247 million ($353 million) unlabelled bond, known as Kingpin. It became the world's largest sterling-denominated bond for renewable energy – a market traditionally supported by project finance.

"Capital markets are typically an unusual hunting ground for this kind of renewables financing," says Paul McCartie, structured finance director at Lightsource, which claims to be the biggest developer, asset manager and operator of utility-scale solar in the UK, raising £1.1 billion of project or institutional debt finance last year alone. "But in sourcing long-term financing we approached 30 banks and institutions, in order to run a competitive process between bank and bond, and the pricing and terms we got on the institutional side were just better than the banks were offering."

The 22-year, amortising notes, which are inflation linked (via the retail price index), were bought entirely by M&G Investments, the asset management arm of UK insurer Prudential. They were issued alongside a £37 million, eight-year mezzanine facility, snapped up by Australian investment house AMP Capital. The proceeds of both transactions were used to refinance an operational 101MW solar photovoltaic portfolio, which was previously financed by a series of bank loans, including one from Royal Bank of Scotland (RBS).

"We had a number of pension fund clients who were very keen to access long-dated, inflation-linked returns," explains John Mayhew, head of infrastructure finance at M&G Investments. "But the deal ticked other boxes in addition to that: it was very good value for all parties – the returns were good for our investors and the terms were good for Lightsource as the issuer. So, for us, this deal really hit the sweet spot."

Conventionally, institutional investors have relied on an external rating for assets when assessing deals such as this one. However, the Lightsource bond remained an unrated private placement because M&G has the resources to assess the credit itself.

"This enables institutions to compete directly with banks for lending opportunities in the infrastructure market, which is something we're seeing more of generally, as investors become increasingly keen to have access to renewables assets" explains Craig Love, director of energy and structured finance at RBS, which acted as financial advisor to Lightsource on the deal. "Solar is an attractive asset class it is as close to a conventional infrastructure asset as you get with renewables, with low variability of yield and established technology behind it."

"We approached 30 banks and institutions... and the pricing and terms we got on the institutional side were just better than the banks were offering," - Paul McCartie, structured finance director at Lightsource

It wasn't just the technology that was key to attracting big institutional players, according to McCartie. The 33 solar farms whose revenues will be used to repay the bond are all supported by FiTs, rather than ROCs. Whereas the price paid for electricity under ROCs is variable, dependent on the overall level of energy generated on the supply side, FiTs ensure a guaranteed price.

"That makes them more suitable for institutional investors, because they don't have to get their heads around commodity price risk in the wholesale electricity market in the same way that you would for a ROC-based project – something banks are more comfortable with, giving them a head start on assessing ROC projects," explains McCartie, adding that FiT-supported projects were "in limited supply" in the UK.

"But we do see that institutional investors are beginning to develop their understanding of wholesale power price risks and this will open up the ROC-backed market for these kind of capital market transactions too – so I expect we will see plenty more as the secondary solar market matures." EF