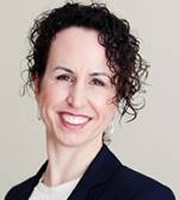 "I believe, in 2014, this is the only renewables project bond done – everything else in the space has been financed behind the scenes using bank loans or syndicated debt," says Suzanne Buchta, managing director and global co-head of green bonds and market-linked notes at Bank of America Merrill Lynch (BAML), an underwriter on the deal.

Tight pricing from private lenders has meant most renewables developers have recently turned to traditional project financing to fund projects, but Juan Carlos Lorenzo, head of Latin American finance at Goldman Sachs – another underwriter on the bonds – says this won't sustain demand in the region.

"Latin America requires major investment into energy, power and infrastructure, and often you'll find banks don't have the capacity to provide the levels of capital needed, or the tenor to support projects like renewables assets," he explains, adding that this bond sets "an important precedent".

Energia Eolica is a project company owned by US energy firm ContourGlobal. The bond, which has a 6% coupon, will repay equity and debt invested by ContourGlobal itself, and a bridging-loan provided by Peruvian development bank COFIDE.

"Investors want to invest directly in bond format, and there hasn't been much opportunity," says Reggie de Villiers, head of Latin American structured finance at BAML and manager on the deal, adding that "investors are now actively trying to encourage banks and issuers to come to the market".

"These kind of renewables project bonds are going to be yieldier than most of what you see in the bond market," says Buchta, "and that's significant because it encourages mainstream investors to get more comfortable with wind and solar risk."

But it does require "a little bit more legwork up front", according to de Villiers, who points out the need for a consultant to provide data on wind probabilities for investors. "But once investors have analysed one deal, they are able to understand these parameters and it becomes easier for them to assess for subsequent transactions," he adds. 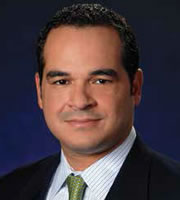 The next step for the market, in Buchta and de Villiers' view, is a broadening of the risks investors are prepared to take to participate in these kind of deals.

While Energia Eolica offered fully constructed underlying projects with a long-term power purchase agreement from the Peruvian government, they say investors may also have to look at assets that are in the final stage of construction, for example.

Lonrezo says this deal may encourage other issuers to consider the market more seriously, and that Goldman is in discussions with industrial companies that have previously been more hesitant to issue because proving a bond's 'green' credentials is more complex for non pureplays.

Orhan Sarayli, a managing director at US investment firm Babson Capital Management, is keen to see more deals in the space. He specialises in fixed-income 'green' debt and says the bond from Energia Eolica was attractive because it had a "good risk/return profile" as well as being in Latin America – a region Babson is keen to gain more exposure to.

But Sarayli worries that that the green project bond market will struggle to gain momentum while traditional project financing is so competitive.

"Until banks and other traditional lenders see more activity … lending to other industries, or face regulatory pressure [regarding long-tenor lending], they will continue to find lending to renewables projects a nice risk/return opportunity" he says, adding that private capital providers are also attractive to borrowers because they don't require credit ratings or investment notes.

Buchta, however, is bullish.

"We want to build this market because, as Basel III continues to put pressure on bank balance sheets, it's unclear if financing via loans will continue to be feasible for wind and solar. I think it's simply a matter of time before the shift to the capital markets happens." EF