This year's award winner in the carbon finance category combines government grants with pure carbon finance to create a revolving fund that supports a new market in clean cookstoves.

The 'blended finance' approach used to make clean ethanol cookers available and affordable in Kenya marks the start of a new phase in carbon finance, he says. 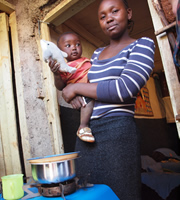 Such cookers can play a major role in improving the health of users while also curbing greenhouse gas emissions, by replacing traditional stoves burning wood, charcoal or kerosene.

The new stoves, made by Norwegian company Safi International, are fuelled by ethanol derived from molasses, a by-product of Kenya's sugar industry. Ethanol stoves are much more efficient than traditional stoves as they can be turned on and off instantly, and they are far cleaner in terms of fumes and particulate emissions. Each stove is estimated to save about five tonnes of carbon dioxide (CO2) emissions a year, compared with wood burning stoves. However, the cost of such stoves – approximately $60-$70 – puts them beyond the reach of most poor families in developing countries.

ClimateCare's innovative financing solution – blending a revolving fund for low-cost credit, paid for with development finance, with carbon finance – subsidises the initial cost of the ethanol cookers by about 50% and offers interest-free loans to users.

For the initial demonstration project in Kibera, a slum in Nairobi of about one million people, the bulk of the finance for the revolving fund has come from a grant from the UK's Department For International Development.

The fund makes loans to stove buyers via local microfinance institutions, with buyers having a choice of repayment period. Six months is common, but ClimateCare says many pay back the loan early. 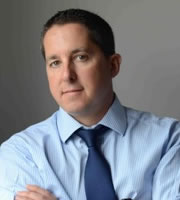 ClimateCare then measures the reductions in CO2 emissions the stoves deliver and sells the resulting carbon credits. The proceeds of these sales are re-invested in the fund to replace the sums used for the stove subsidies. In this way, the initial capital is recycled several times and the project should eventually become financially sustainable.

Hanrahan says ClimateCare may pre-sell the carbon credits received as "several buyers have already shown interest". As the price for credits in the UN's Clean Development Mechanism market is currently a mere €0.4, down from about €20 in 2008, the first sales are likely to be in the voluntary carbon market, where prices are higher, he says.

Since the project was launched in November, some 800 stoves have been sold. There is a target of 8,000 for the Kibera project and a total of 50,000 by the year end through expansion into other regions, ClimateCare says.

The approach is highly scalable, Hanrahan says. The Kibera project is essentially "a proof of concept" he notes and ClimateCare expects to roll out the funding model to other community groups in East Africa and then elsewhere.

Once the project is operating successfully and there is plenty of demand for the stoves, ClimateCare says a small interest rate will be charged on loan repayments and a margin will be made on the sale of ethanol fuel – to continue to subsidise the purchase price of the stoves. A similar approach – where the cost of the service subsidises the initial hardware – is used in the mobile phone market, the company notes.

At this point, it expects to see competitors enter the market. This will set a market price for stoves and ethanol fuel. "This is our ultimate aim - to create a new sustainable market for ethanol stoves that cuts out indoor air pollution- improving health and saving lives, as well as tackling climate change," Hanrahan says. EF