The World Bank's Pilot Auction Facility (PAF) of price guarantees for methane emission reductions was a worthy winner in the carbon finance category. 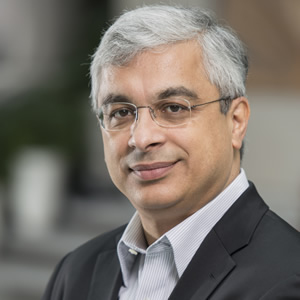 It is an innovative, scalable and cost-effective mechanism for incentivising private sector investment in developing country projects that mitigate climate change. It has been proposed as a possible tool to help countries deliver the emissions cuts that they promised at the UN climate summit in Paris in December.

The price guarantees are delivered in the form of 'put' options which give project developers the right, but not the obligation, to sell their emission reduction credits to the World Bank at a pre-determined 'strike' price.

The options were structured as bonds, which are easier for the bank to administer than numerous bilateral option contracts. The bonds – known as PAF Emission Reduction Notes (Paferns) – pay no coupon but the redemption price is effectively the strike price of the option. This price was determined through an online auction on 15 July in which 28 project developers submitted bids, which reflect the price at which they were willing to sell their emission reduction credits.

The auction therefore determines the minimum price required by the private sector to invest in climate mitigation projects, and thus maximises the environmental impact of public funds.

"The success of the first auction ... underscores the potential to efficiently deliver public climate finance and leverage private sector investment," says Vikram Widge, head of climate and carbon finance at the World Bank.

Bonds with a total value of $20.9 million were issued to the 12 successful bidders, most of whom were based in Latin America or Asia. The successful bids amounted to methane reductions equivalent to 8.7 Mt of carbon dioxide (CO2).

The options embedded in the bonds give the successful bidders a choice. If prices in the international carbon markets rise above the redemption price of the bond, they could simply sell their credits in the market. But, if carbon prices remain low, the bondholders will sell their emission reductions to the PAF at the price determined by the auction.

Another notable feature of the Paferns is that they can be freely traded after issuance. So, if a successful bidder has a project that fails to generate the expected number of carbon credits, they can sell the bond to another developer who believes they can make use of the price guarantee. This tradability maximises the likelihood that the PAF will achieve its full potential to reduce emissions, the Bank says.

The success of the first auction validates the Bank's belief that many methane reduction projects could be made financially viable with a small amount of additional revenue. A 2013 study, undertaken on behalf of the G8 nations, estimated some 1,200 methane reduction projects were at risk of being decommissioned due to the low price of carbon credits since 2008. It estimated that reductions equivalent to 8.2 billion tonnes of CO2 could be made for less than $10/tonne in additional finance.

"It is an innovative, scalable and cost-effective mechanism for incentivising private sector investment in developing country projects that mitigate climate change"

Up to $30 million of additional Paferns are to be sold this year. The second auction, to be held on 12 May, will cover projects that prevent methane emissions equivalent to 5.7 million tonnes of CO2, said Bank carbon finance analyst Tanguy de Bienassis. A third auction, for between $7 million and $10 million, will be held before the end of the year.

This year's sales will explore the merits of different auction designs. For example, last year's sale was structured as a reverse auction, in which the issue price of the notes – effectively the option premium – was fixed at $0.30/tCO2 and bidders competed to establish the strike price, which eventually settled at $2.40/tCO2.

The May sale, however, will be a forward auction, with the strike price fixed at $3.50/tCO2 and the bids determining the option premium.

The initiative is backed by the governments of Sweden, Germany, Switzerland and the US, and aims eventually to allocate $100 million of bonds. EF