Issued by Everglades Re of Bermuda in May, just before the start of the 2014 US hurricane season, this is the largest cat bond ever issued, and twice the size of the previous biggest.

Initially marketed as a $400 million offering, the three-year bond was increased in two stages to a record-breaking $1.5 billion in response to unexpectedly strong investor demand.

"When we saw how much appetite was out there, we raised the size," chief financial officer Jennifer Montero told Environmental Finance.

The success of the issue reflects investors' hunger for yield and diversification, growing familiarity with cat bonds, the lack of any major hurricanes in Florida for the previous nine years, and Citizens' recent track record in the market, says John Modin, a managing director with Citi, the structuring agent and Citizens Property Insurance/ Everglades Re cat bond bookrunner on the transaction.

"It's a testament to the capital market's appetite for catastrophe risk," he says.

"The balance sheets of rated reinsurers may lack the capacity for incremental Florida hurricane risk, so it makes a lot of sense for cat bond investors to absorb the 'overage'," Modin adds. 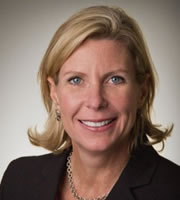 Buyers included institutional investors from around the world, many of whom had previously bought the 2012 and 2013 issues, Montero says. Although the transaction was given a sub-investment grade rating of 'B' by Standard & Poor's, "none of the investors were concerned about that" she said. "Most cat bonds don't get a rating at all," she notes.

Unlike Citizens' 2012 and 2013 cat bonds, also issued by Everglades Re, the 2014 issue will pay out when insured losses from several events in one year exceed $5.202 billion, rather than giving protection against a single large hurricane.

Thanks to its giant cat bond, its purchases of traditional reinsurance and a shrinking client base, Citizens was in a position, by the end of 2014, to withstand a 1-in-77 year hurricane, without having to impose an 'assessment' or surcharge on its policyholders, she said. Its goal is to raise this to a 1-in-100 year event, she adds.

As the state-owned insurer of last resort, Citizens is obliged by law to impose a surcharge on property and casualty policyholders in the event it depletes its surplus and cannot pay claims following a major hurricane. Such surcharges could amount to 45% of insurance premiums in a single year.

The company was created by the Florida legislature to provide windstorm and general property insurance for homeowners who could not obtain cover elsewhere. Since Hurricane Andrew, which caused $26.5 billion in damage in 1992 and forced 11 insurers into bankruptcy, many private sector insurers have ceased writing policies in Florida.

After another quiet US hurricane season last year, in which none hit Florida, Citizens announced in December its intention to return to the cat bond market this year, to further reduce the possibility of having to impose a surcharge.

"We are on the verge of eliminating, in the event of the 1-in-100 year storm, the need for the dreaded 'hurricane tax' that has hung over the heads of Floridians for far too long," says president and CEO Barry Gilway. EF