Buildings account for some 40% of global energy consumption, but opportunities to invest in energy efficiency in real estate can be hard to find, and the market remains frustratingly fragmented. So, when Renew Financial issued the world's first securitisation of a portfolio of energy efficiency loans, it was hailed as the birth of a new and welcome asset class. 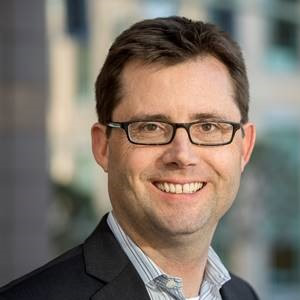 The $12.58 million deal, which comprised a portfolio of consumer credit loans used to make residential properties more efficient, was snapped up by US responsible investment firm, Calvert Investments.

"It was ground-breaking on a couple of levels," says Cisco DeVries, CEO of Renew Financial. "It's one of the first public/private asset-backed securitisations we've ever seen, if not the first. It's also the first energy efficiency loan securitisation."

The transaction was completed through the Warehouse for Energy Efficiency Loans (Wheel) – a mechanism set up by Renew Financial, Citi and the State of Pennsylvania to connect the private sector with publicly-run energy efficiency programmes across the US. Renew is a private-sector provider of loans under these programmes, which tend to be up to $20,000. The cost savings resulting from the efficiency upgrades are considered a steady means of repaying the loans.

Wheel sees Citi provide a warehousing facility to Renew to finance the loans until enough have been issued to create a securitisation.

"We saw a really unique opportunity: we could see from data that the default risk on consumer credit was lower for people getting energy efficiency loans than you would expect based on just the credit profile of the borrower," explains DeVries. "In other words, these loans performed much better than many other types of unsecured consumer loans."

During his time as chief of staff to Berkeley Mayor Tom Bates, DeVries is credited with inventing the Property-Assessed Clean Energy (Pace) model – the flagship US programme through which public bodies provide loans for energy efficiency upgrades to buildings and distributed solar installation. The success of this – Pace is now a $1 billion market – is another reason this new structure has turned heads.

But the Pace model – which is secured by a tax assessment, rather than an unsecured loan – has been hit by rules from the US Federal Housing Authority (FHA), which require Pace obligations to be subordinated to existing mortgage commitments, and that has slowed the growth of the asset class.

"We could see from data that the default risk on consumer credit was lower for people getting energy efficiency loans than you would expect based on just the credit profile of the borrower" - Cisco DeVries, CEO of Renew Financial

"We were hesitant around the Pace structure as a result of the issues with the FHA," says Vishal Khanduja, head of fixed income at Calvert Investments. "We analysed and concluded that we would invest in these consumer, unsecured loans, given the financial and environmental impact," he adds.

Citi and Renew both insist the two models complement each other, and won't be in competition – in fact, Renew claims to be one of the biggest Pace lenders in the US.

"In the aggregate, this is a huge market, and this new model is not a way to compete with Pace, but a way to diversify and scale the energy efficiency finance sector," says Bruce Schlein, director, alternative energy finance at Citi.

The ways in which these models scale the market are two-fold: Pennsylvania, for example, experienced greater demand for its energy efficiency loans than it could keep up with. By joining Wheel, it had access to more capital and its programme could continue to grow.

The public programmes are also given access to cheaper financing via these securitisations than the conventional loans available to them. DeVries claims that, after just one transaction, the rate of borrowing to the consumer has dropped two percentage points.

"There are lots of investors looking for opportunities in energy efficiency, the right vehicle just hasn't been there for many of them," says Schlein.

"Since this first securitisation, WHEEL has expanded into new states. This deal proves that, if you build it, they will come." EF