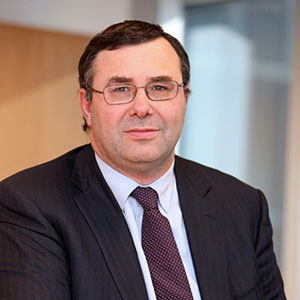 The addition of Saft complemented the French company's 2011 purchase of a 60% stake in SunPower, which manufactures and installs solar panels, for $1.38 billion.

Storage solutions are vital to increasing the viability of solar as an energy source so that energy can be preserved to be used outside daylight hours.

"The acquisition of Saft is part of Total's ambition to accelerate its development in the fields of renewable energy and electricity," said Patrick Pouyanné, chairman and chief executive of Total, at the time of the deal.

Total hopes to become a leader in the renewable energy sector. One month before the announcement of the acquisition of Saft, Total said it would create a gas, renewable energy and power trading unit that would become operational from September 2016.

In January 2015 its Total Energy Ventures arm joined a $12 million investment in Stem, a Silicon Valley start-up that manufactures batteries.

Total has established a 20-year plan to become a major operator in renewable energy and electricity trading.

Pouyanné said in 2015 that Total will spend at least half a billion dollars annually in its solar and biofuels businesses with the aim of increasing the share of clean energies in its portfolio to between 15% to 20% by 2035, from a starting point of 3%.

Total announced it had taken control of Saft on 18 July, 2016, following the success of its tender offer, which valued Saft's issued and outstanding shares at a price of €37.35 per share. The offer price represented a 41.5% premium on Saft's share price as of 6 May, 2016.

After the acquisition Total held Saft shares representing a 90.14% stake in the company.

Treasury shares held by Saft were excluded from the squeeze-out.

Saft Groupe's shares were delisted from Euronext Paris on August 12, 2016.

"I am convinced that Total will provide Saft with the required expertise and resources needed for its future development, particularly in terms of technological and commercial capabilities," said Ghislain Lescuyer, chief executive of Saft, at the time of the deal.